London must have started spinning. Not only that, it must have started spinning at such a rate that it is has developed its own gravitation pull to such an extent that, on Friday 3rd August 2017, it was almost impossible to break free of the M25 Orbit. I managed to negotiate leaving work a whole 45 minutes early with the intention of getting away from Brentwood by 1:30 to be up in Malham and the Youth Hostel around 5 hours later. Instead Junctions 27, for the M11, and 25, for the A1 conspired against against me. As did the whole A1 (M or otherwise) with its sheer weight of trafficness or bad drivingness leading to accidents left, right and bloody central reservationess.

So, despite the insistence of the Google SatNav that I was only ever delayed by nine minutes, I rocked at Malham an hour and a half later than planned, albeit buoyed up by the driving over the final ten miles or so of fantastic country roads. Still, after checking in with the incredibly slow, but genuinely nice bloke at the counter, he directed me to the lounge where Alicia and Linda were waiting. Having seen me wander past the window, they formulated their plan to jump out at me from behind the door whilst shouting ‘Boo!’ loudly. I was very scared and to calm down I had to have a bottle of Black Sheep.

Anyway, good to have the band back together, just over a year since our Kidsty Pike experience, ready to take on the Yorkshire Three Peaks Challenge.

Luckily, the three highest peaks in the huge county of Yorkshire, Pen Y Ghent, Whernside and Ingleborough are conveniently spaced within walking distance of each other making it possible to have a challenge. To me, this is too much of a coincidence and I am pretty sure somebody must have filed down a couple of taller ones somewhere else (anybody noticed that there are no hills in Hull, for example?)

The previous night, in between laughing loudly and inadvertently offending everybody else in the lounge, we negotiated a positively relaxed breakfast time of 6:30 am and were on the road, some time after I had finished faffing around with my bag. Now, I hadn’t expected guests in the car, frankly I hadn’t thought that far ahead, and with the rear footwells being used as storage for my three remaining, very, very dirty hub caps, more faffing, this time of a car based nature, was required to make the passenger areas fit for human habitation. It was also necessary for Alicia to install the brakes she had brought with her to counteract my insistence that the speed limits were a target. So finally we were on the road, heading to Horton in Ribbleside some 18 miles away and, except for the curious incident of the suicidal crow just after dawn, we left the car at a pub (lucky thing) and got to the start in one piece ready for a 7:55 or 7:57 am start depending on whose watch we decided to go by.

So, first up Pen Y Ghent, which certainly sounds as if it should be in Wales, but which, in actual fact, is only around three and a half miles from the start to the top. Some of which definitely seemed on the vertical side of steep. However, we were mightily chuffed that that it took just over an hour to reach the summit despite being told by a cocky know-it-all that we were only 10% of the way through and so far we had achieved nothing.

Unfortunately cocky know-it-all man would make appearances throughout the day with his words of anti-encouragement, and ever-so-slightly-wrong pseudo-information and he was pleased to approach us on the way down the slope to patronisingly tell us that we were making good time and that we should be proud of ourselves. So I didn’t have to talk to him anymore, I felt I had to stop to get something out of my bag. After noticing I had fallen behind, Linda felt she needed to stop also to make sure I was okay. Alicia, well, she was on her own . . .

Whernside next after many, many miles of walking downhill, eating cheese and pickle sandwiches, taking selfies with cows, drinking tea and watching steam trains going over Harry Potter’s Hogwart’s Express Bridge. Cocky-know-it-all man, abandoned by his group because he was cocky and a know-it-all sprang up in places to tell us that we were only 12 miles of the way through. He did this twice, at least two miles apart. I made further ‘I must get something out of my bag’ movements to shake him off, and this time both Linda and Alicia knew what I was doing and stopped to, erm help out!

We stopped at the top for more food and to look at the Lake District and the Irish Sea which was very exciting, before having to face the quite steep and gnarly descent down to the valley at 13:45 (ish) and the prospect of going up another vertical ascent (almost literally), this time of Ingleborough. We didn’t see the Cocky know-it-all man for at least two miles where he was disappointed to find that all his group were more interested in having a good day out soaking in the scenery and the pubs than sprint around unnecessarily. He was even more disappointed to find out that we beat him to the top of Ingleborough, which he rectified by running passed us on the way down to prove he was better than us.

And down we went, down, down and endlessly down, disappointed ourselves to find out, that the end seemed to get further and further away the closer we got. Although Alicia and I were suffering from knee injuries nothing could stop us sprint hobbling over the line after 11:30 hours at 19:25 or 19:27 depending on whose watch you went by.

Sunday 6th August : To The Lakes

Well having got back the previous evening in one piece, despite some very dodgy examples of the mirror, signal maneuver variety, the next morning, tired and slightly injured, we thought better of walking the mile or so to Malham Cove and just settled for a Full English (and pain au chocolate or two) before heading our separate ways. Talk of the next adventure together in the air (once I have a knee replacement, it’ll be fine).
So me to the Lakes and the Borrowdale Youth Hostel where it rained, rained, rained a little more and then rained. Hey, you don’t go to the Lakes for the sun and besides, it gave me plenty of time to read ‘And then there were none’ by Agatha Christie over a couple of pints and a lasagne. Yes, that’s right, I do know how to rock and roll.

Whoops. I should start with whoops. This section should be entitled ‘Tuesday 8th August etc. etc. etc.’. Yes, that’s right, I turned up, confidently nervous, a day too early to complete the Honister Slate Mine Via Ferrata Extreme. However, luckily(?) for me, there were spaces, a cute puppy and a distinct lack of ribbing over my silly little mistake so I could put the first part of my plan to overcome my fear of heights by hanging off a mountain side that is twice the height of The Shard in London.

Still, it wasn’t that bad and I had lots of encouragement from the group, the guides were excellent and I got over the Sky Bridge without freezing (definitely achieving the award for the campest photo in the process), scrambled over it’s scramble net and reached the peak with Buttermere and Crummock Water in the background. The knee, which had been silent throughout though, was definitely telling me something on the way down.

Well, my plan had been to do some walking in the Lakes before coming over to Wales, however, as I was completely unable to walk downhill I drove home on the Tuesday and went to the Wetherspoons in Shepherds Bush instead. However, not content with scaring myself half to death clinging on to the side of Honister Pass, my final countryside adventure of the holiday was taking on the Zip World Velocity Zip Wire in Snowdonia. Frankly it’s awesome and you should do it. The video speaks for itself.

Not the National Three Peaks

So back in April, after the West Highland Way, I couldn’t climb Ben Nevis due to a foot injury. When I was up in the Lakes, I couldn’t climb Scafell Pike due to a dodgy knee which didn’t get any better by the time I was in Snowdonia for the Zip Wire. 2017 will always go down as the year I successfully didn’t bag the National Three Peaks. 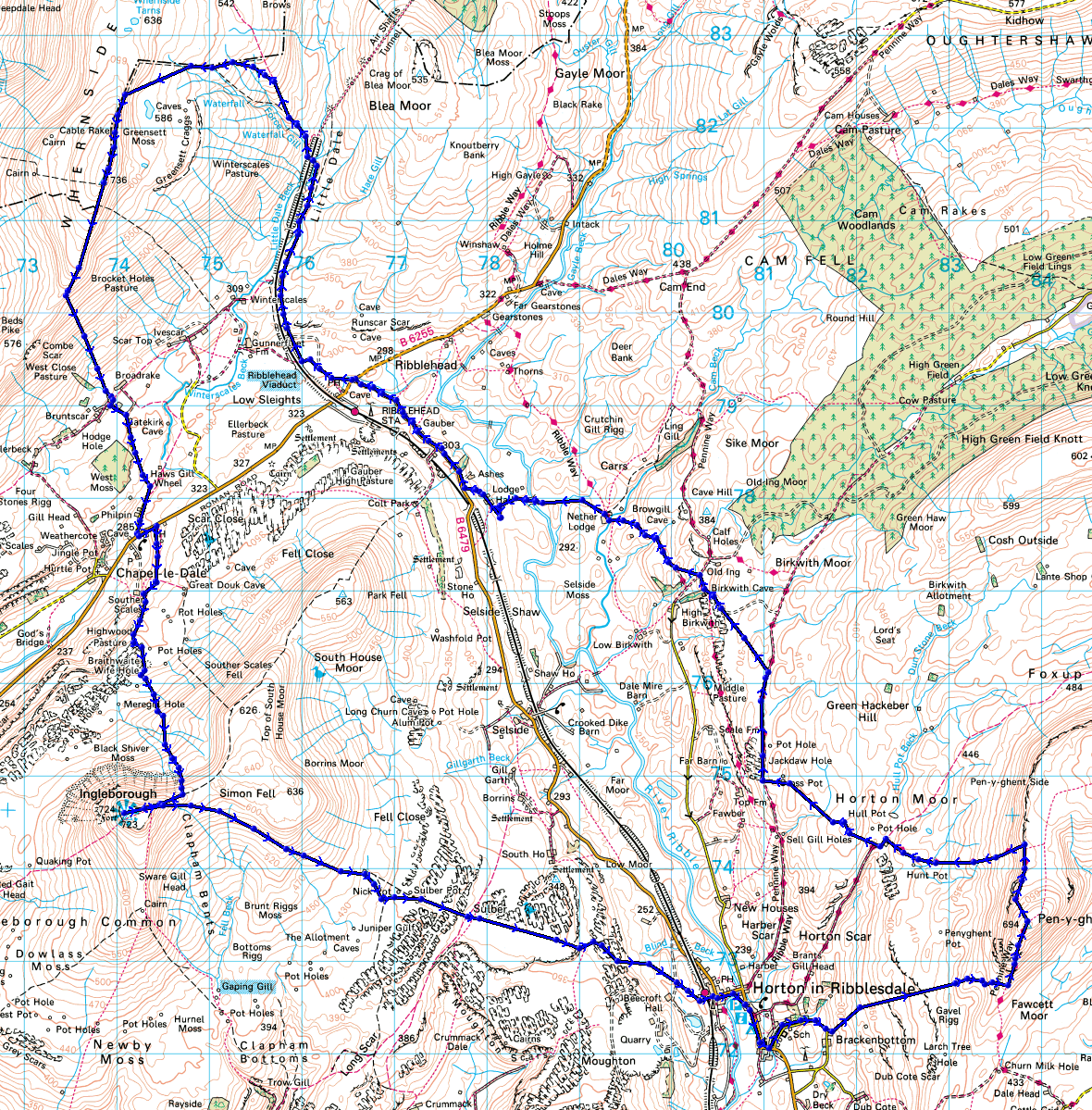 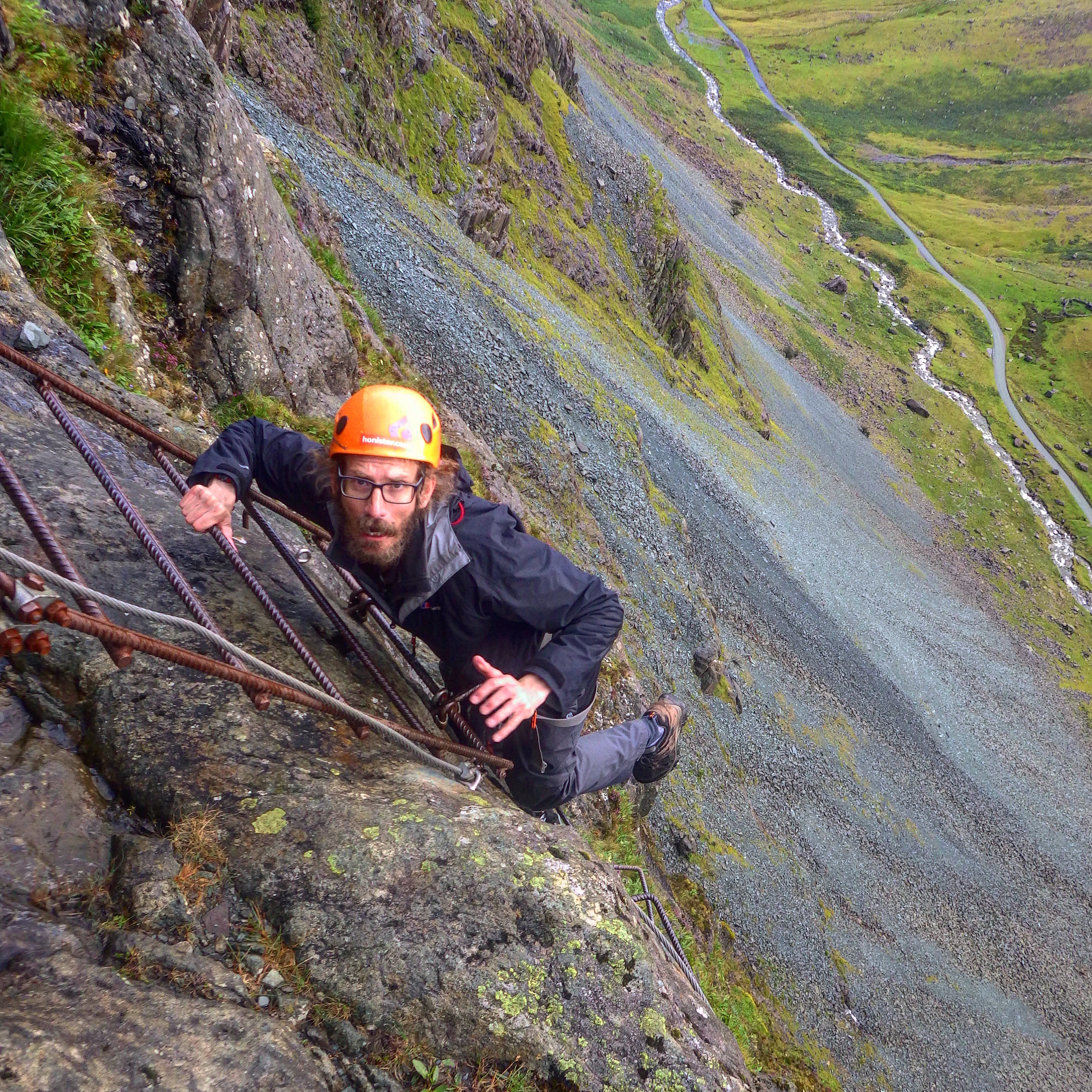