This is my second loooong training walk for the 100km Thames Path Challenge.  The first being 30 miles from Brentwood to Witham on the 30th April 2016 in which I discovered that it is much better to end up at home after a long day in the walking boot and put your feet up straight away than having to get on a train and postpone such luxuries.  The only trouble with this is that the name of the walk (Brentwood to Brentwood) is silly.

Anyway, insomnia meant that I could start the walk ridiculously early so at 3:50am I was standing outside my flat trying to get a satellite signal on my GPS when the first notable event of the day occurred: I could hear what was clearly a wild animal.  A bear no less.  Stalking me.  On my own doorstep.  In Brentwood!

Probably at this point I should have realised that more sleep was needed because, as it turned out, someone in the flats above, who doesn’t suffer from insomnia, sleeps with their window open and snores like Winnie the Pooh would if he had a cold.  Still, it did mean that the number of bear attacks for the walk was kept down to the expected level of zero.

Crossing the A12 was another notable experience and one that I wouldn’t have liked to have done much later than just after 4am on Sunday morning.  Having just come through a field of rape seed oil in which the farmer had kindly ensured that the two rights of way were kept in tip top condition and were obvious for all to see (I mean he/she hadn’t but, hey ho), being presented with the realisation that it was going to be a mad dash across four lanes of traffic was greeted with nothing but kind words.  I did have a sneaking suspicion that this would be the case which is one of the reasons I chose a clockwise route to get this out of the way early.  It didn’t stop me harbouring a mild concern for the time, around 10 hours later, when I had to cross this road again further up.

The theme of poorly maintained footpaths and bad signposting plagued me throughout the first few miles of this walk, really until I got on to the Essex Way at Toot Hill some 17 miles in.  Walking through long damp grass (who am I kidding – wet grass) on these ‘footpaths’ eventually meant my cheap walking boots, which I wore to see how they may fair for my Coast to Coast walk, stopped being as waterproof as they boast.  So five miles in and uncomfortably sodden feet.  I should have brought a second or even third pair of socks with me, because at mile 26 I felt my first blister forming and I feel it was down to this.

Extra socks weren’t the only piece of equipment I had forgotten on this trip: I wanted to check out my new solar powered battery charger.  I remembered this and I remembered my GPS which I knew I would have to start charging around three quarters of the way in.  I did however forget any kind of cabling that is required to connect the two things together.  This meant I had to keep turning the GPS off to preserve battery life which made some of the navigation harder than it need to be . . . you live and learn.

The rest of the day passed without incident.  I came across a big Sainsbury at Chipping Ongar (around half way through) where I could stock up on extra water and pasties, crisps and granola bars to supplement my energy gel diet.  From Chipping Ongar onwards I continued on more official trails so navigation remained on the easier side using the Three Forests Way and the St Peter’s Way up to the familiarity of Stock just eight miles from home.

Like I said, the blisters kicked in around mile 26 just before my rest stop at Blackmore and they were pretty sore by the end, but on the plus side, the trip across the A12 was via a tunnel underneath – which was just as well, because I would have been a definite flat hedgehog if I had tried dodging the traffic.

Adding the extra 21 miles to make up the distance needed for the Thames Path Challenge is going to be difficult, however there are still three and a half months to go, so what could possibly go wrong? 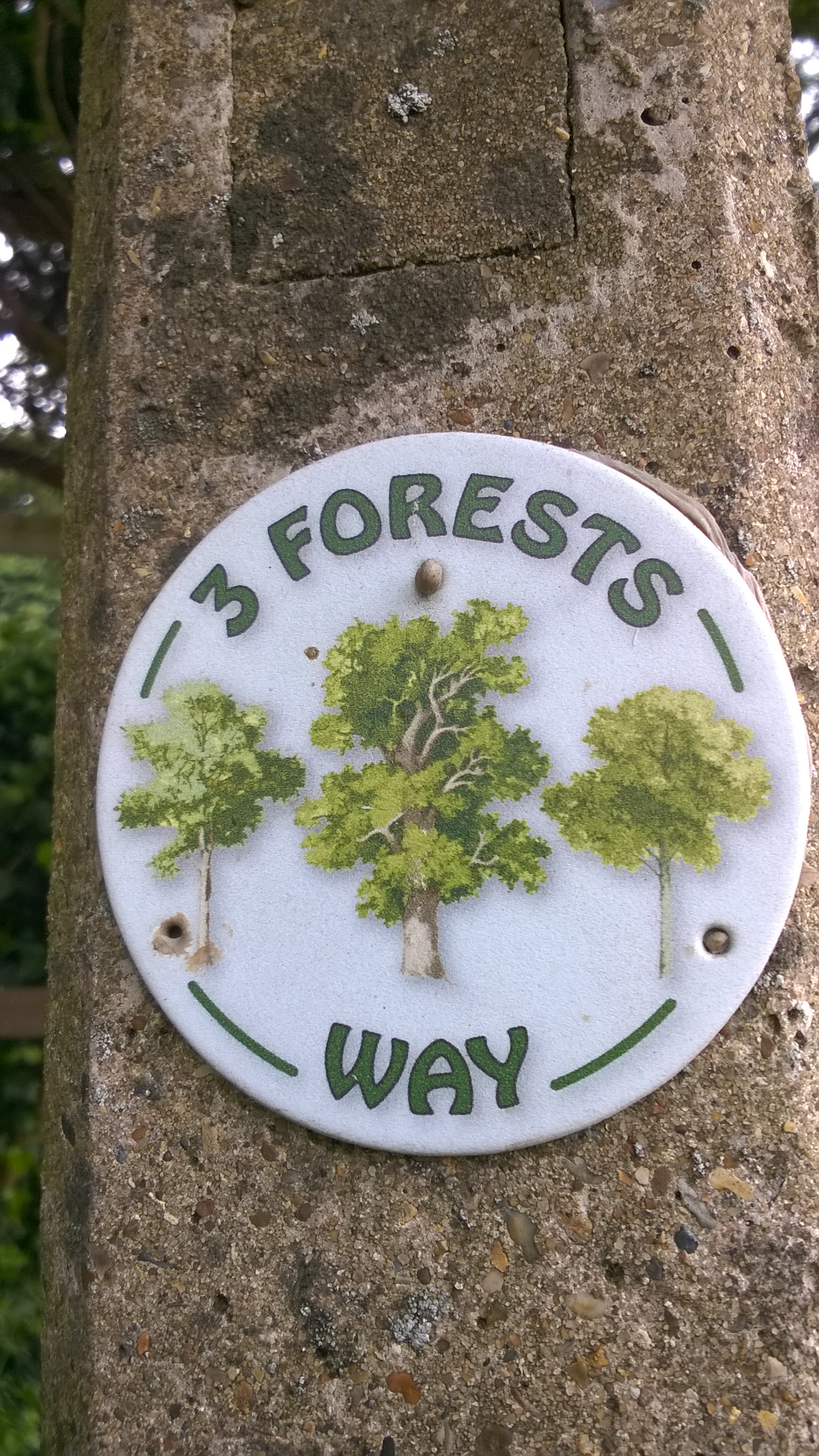 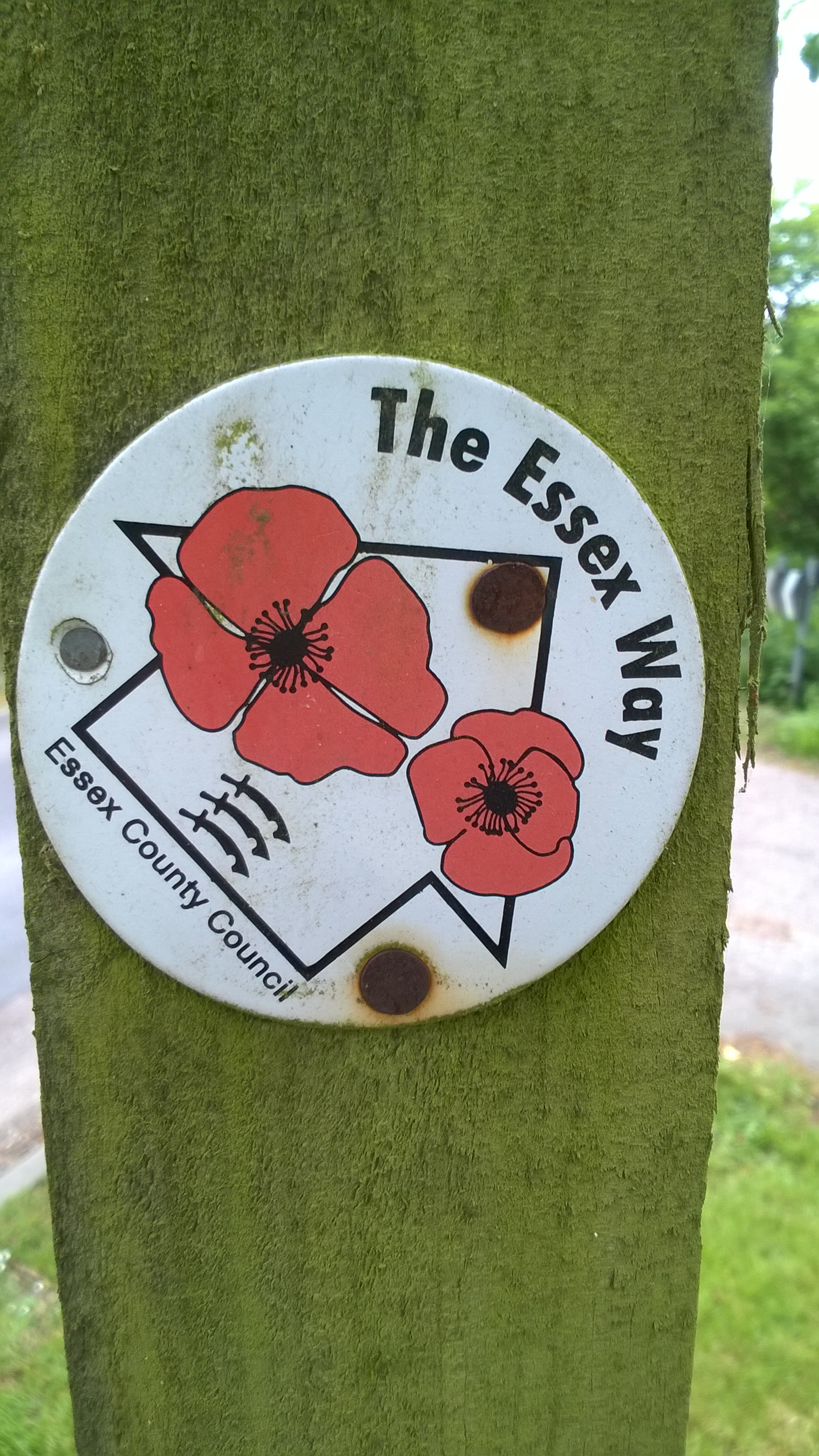