I had been wanting to do a 30 miler for a while as it is roughly half the distance of the THAMES PATH CHALLENGE.  So with the route set in Memory Map,  the May Day bank holiday weekend upon me, a bout of insomnia on the Saturday morning and an otherwise boring day stretching out in front of me, there were no excuses left for me not to get out there and walk!

The logistics, however, sent me into a downward spiral as, with no supplies to hand, I had to decide on one of two options: 1) get a train to Witham, walk to Maldon with nothing but the energy I stood up in (to be fair it was only seven  miles and I do that every day anyway), or 2) start from home, wait until the local Tesco opened and stock up on yoghurt bars and a four pack of Lucozade for the day.

Timing is what clinched it for me . . . I would have to wait another thirty minutes for the train or, simply, walk slowly to the shop in time for it to open at 6:00 am. So, off I popped, leaving the flat at 5:50 am and after the shops I was heading out along familiar roads and paths until I was close to Ingatestone Hall before going in to the unknown towards Stock.

I say unknown, I have cycled many miles around this whole area so knew where I was, I was just experiencing it from an off road perspective and at a more sedate pace than usual. It was at Stock that I picked up the St Peter’s Way which was generally very well signposted, although there were a couple of instances where landowners were insistent on getting you lost in fields.  Really?  What do they want you to do?  Wander round wondering how to escape? However, I managed to navigate this path without too many hiccups all the way up to Purleigh and Cocks Clarks before heading north to Maldon and then Witham.

To improve navigation, I will start naming the way points at key settlements future route which will then show on Memory Map’s route card giving a much better ‘at a glance’ indication of distance travelled.  I was out too long to keep the GPS on all the time, so I was guessing by counting squares on the map.  Not ideal, but I wasn’t far off either.

Probably the most special moment of the trip was coming over the brow of a hill at Scotts Farm, Cocks Clarks where the sight of Maldon and the Blackwater laid themselves out in front of me which, at around 22 miles in, gave me a great sense of achievement.

Not too far on from that, in fact in the next field, there was a herd of curious cows who started to follow me silently and stealthily as I passed by on my way to the gate.  Imagine my shock as I turned to close the gate: if Alfred Hitchcock had made a film about cows instead of birds, I am sure this is what it would have been like. I am sure they were just hungry – not that I think they wanted to eat me, they probably just associate humans with feeding.  Anyway, it was hardly a bear attack, which was a bonus!

This was the first real test of my newly purchased Merrell walking shoes which held up well throughout, and didn’t leak once despite of some very wet, muddy puddles. They were probably too new for such a long walk and in one of those pesky muddy puddles they had loosened, I didn’t pay enough attention to that, didn’t tighten them up quickly enough and then which resulted the monstrous blister shown. 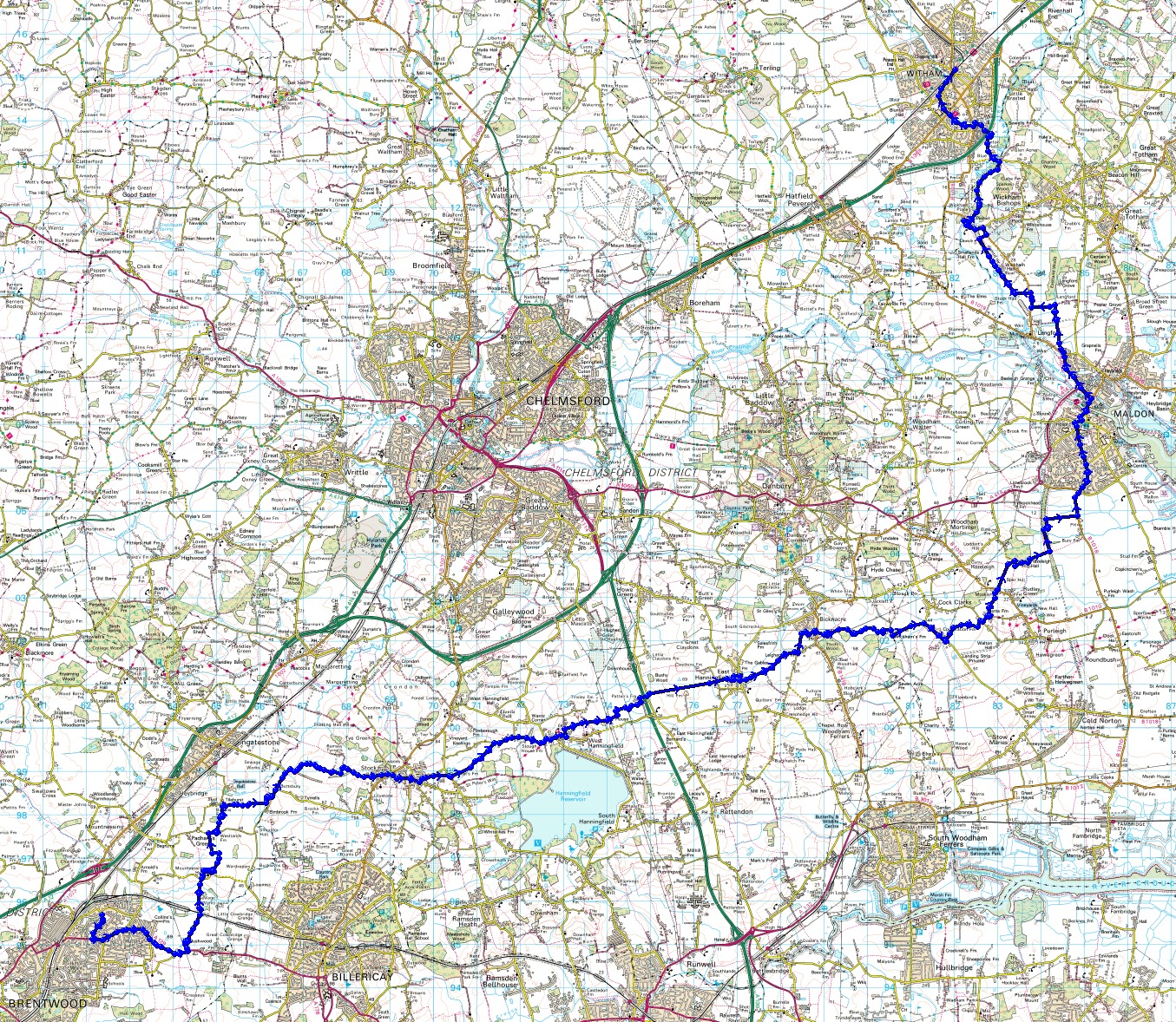