Islington. It’s a Saturday.  Having wrestled it up and down the stairs of Sandra’s flat, my 14kg Dawes Horizon sits in front of me, loaded up with 10 kilos of luggage on the rear rack.  And there, I stopped counting, choosing to conveniently ignore the handlebar bag and the 3 litres of water I’ll be carrying.  It’ll only cause anxiety when we hit the Lake District tomorrow and have to go up steep hills.

Looking over at Sandra’s bike I must admit I am slightly jealous of her large rear seat pack which requires no heavy pannier rack and smaller bike which, being made of less stuff, will clearly be lighter.  Even with the fact that I have super low gearing with my triple chainring, I think I might be doing a lot of hanging on the wheel this week.

Firstly though, my anxiety is firmly focussed on getting to Euston; running to the front of the train to stow the bikes (who have their own tickets) and then running back to first class to enjoy all the freebie food and drink we can consume.  However, with 40 minutes in the bag, lest I make something up such as my bike turned in to a banana and I had to walk all the way, there are no stories I can tell that will add suspense and tension to the tale.

Over the course of the three hours of the train journey the weather deteriorated from overcast to inclement to, by the time we got to Preston, downright wet; a situation unchanged by the time we were approaching Carlisle.  At this point anxiety compass was now firmly fixed on retrieving our bikes to ensure they didn’t end up on an onward journey to Glasgow, we battled through the depraved environment of cattle class in the direction of the bike storage to ensure they were safely in our possession before the train left. 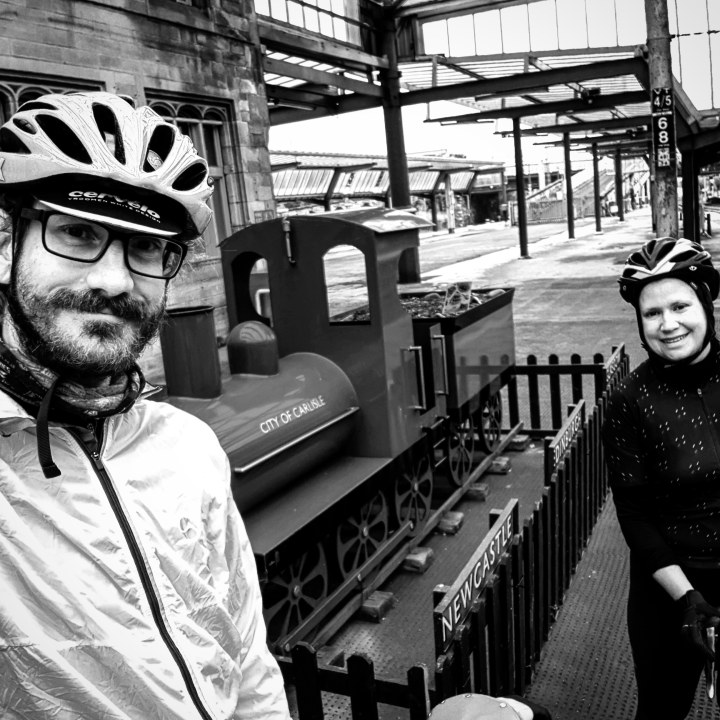 And there we were, bikes in hand, on the platform, faffing with clothing appropriate to the conditions, ensuring the new-fangled bikepacking luggage was securely attached, and planning a route out of the station devoid of stairs, preferably involving a lift or at the very least a ramp.  Unreasonably, we were most put out that none of the station staff offered to open the heavily padlocked gate right in front of us that clearly led to a perfectly good road.

But with the realisation that we would have to venture out from our shelter in to the wilds of north west Cumbria at some point, we set off along what roughly equated to the National Cycle Route 72 towards Whitehaven.  The first part of the route took us through the Solway Coast Area of Outstanding Natural Beauty.  But we didn’t see any of that.  It was evident from the stark warnings from the signs that if the tide was lapping at your feet, further down the road you would be in three feet of water, but with the weather reducing sky and land definition to a bare minimum, who knows?

In fact, we didn’t hit the coast until Allonby, after a few unexpected ups and downs and a dog attack by two black Labradors.  I’d like to think that this played out along the lines of Fenton running amok in Richmond Park, with the owners desperately calling at their pets to return to their home whilst we were being chased in a blur of canine frenzy.  Actually, the owners shouted a couple of times whilst the dogs stood in front of us and barked, mainly at Sandra.  So, we survived.

The good news at Allonby, however was that the sun was coming out.  The bad news was that, as we had turned south a few miles before, we were now battling a headwind.  Still, we stopped and chatted to a friendly Geordie who talked to us about bicycles whilst his dog played out his bowel problems a few metres away. 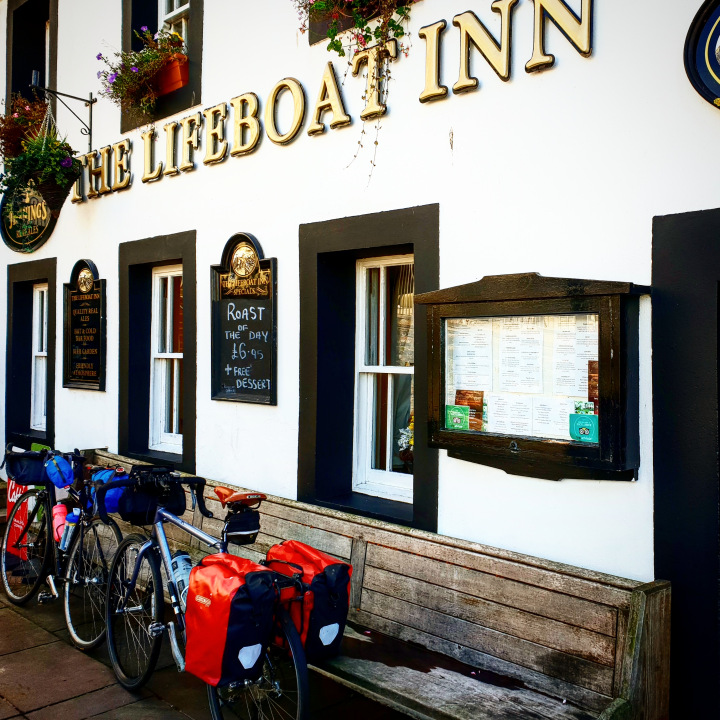 The next few miles were tough, with the sea on our right it was like cycling in to a brick wall (I expect) and after a bonking episode and an emergency ‘on the go gel’ and me not even being able to hold the same postcode as Sandra, let alone her wheel, we decided to stop at the Lifeboat Inn at Maryport – our first pub of the trip.  Here, even though they had stopped serving food and the chef was ready to disappear home, they were kind enough to make us Jacket Potatoes and provide us with two pints of coke – for less than a tenner!

Fuelled by starchy goodness, we hopped on to Workington and skipped on to Whitehaven, via an old railway.  With obligatory photographs to show the start of our Coast to Coast, even though that might have happened earlier, we jumped on to another disused line and made the slow and steady ascent up to Cleator Moor and the Parkside Hotel. 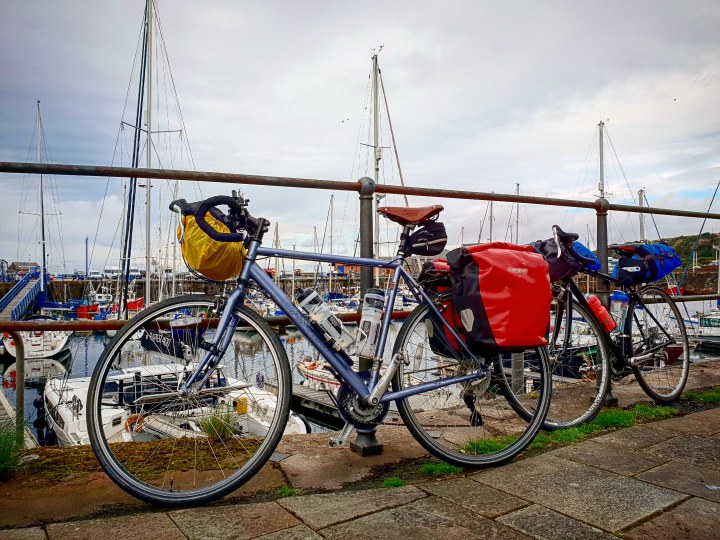 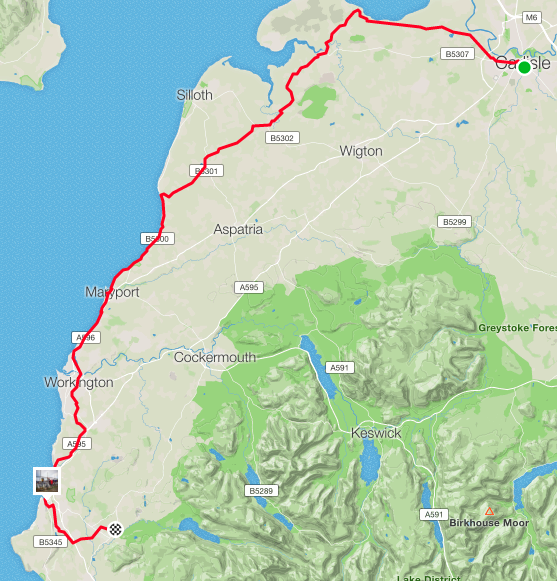