Packing the bikes ready for bike packing and gorging on another Full English aside, the day started with more crisscrossing of the A66, and a short, sharp uphill.  Despite being forewarned of this during yesterday’s pub visit, it still hurt, and as we passed the pub again, its disappointing state of shutness meant that the only chance of there being an all dayer at the bar would be if they were of the handle variety.  Seeing another hill ahead, Sandra assumed her place at the tête de la course and I, in the gruppetto, as we tapped out a rhythm to the summit at which point, my greater weight meant I could descend much quicker whilst doing no more work than staying upright and avoiding the odd sheep who thought it a good idea to stand in the middle of the road.

The bottom of the hill saw us at the shores of Ullswater, my favourite of all the Waters and, after a quick pit stop to take photos by the side of the lake, before we knew it a we had made it to Pooley Bridge where a kindly, unsuspecting passer-by took a million photos of us by the sign by so I could Instagram a humours photo.  This post hasn’t materialised yet, but it when it does, it will be hilarious.

So, with Pooley Bridge done, our Lake District section of the trip was almost at an end as we headed onwards and over our last, thankfully little, pass towards sunshine; Brampton; and Honesty Box goodness. Shap, unfortunately offered us no more than wind, rain and busy, long uphill drags towards the dales, but with the prospect of a chocolate factory in Orton and the most amazing hot chocolate, I was quite easily able to ignore the constant threat of being blown in to a ditch at the side of the road. 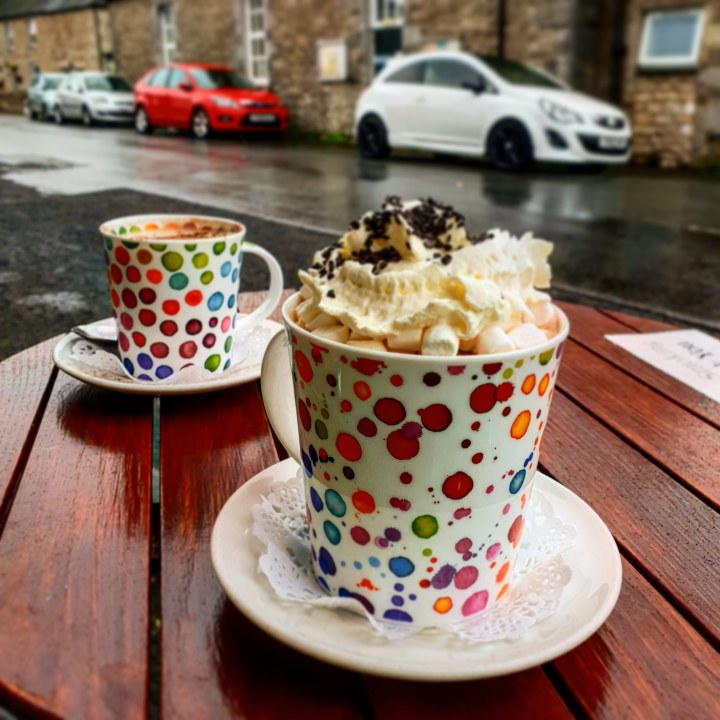 After Orton and the amazing hot chocolate (did I mention it was amazing – I wasn’t sure if I communicated it enough), on the way to Kirkby Stephen, the roads got more isolated and more dale like as we headed in to the Cumbrian section of the Yorkshire Dales National Park.  Aggressive looking cows stalked the roads as we headed further and further up in to the clouds and with only one or two cars seen for miles, it was a bit of a shock to see a traffic jam as we dropped out of the National Park and in to Kirkby Stephen (which, incidentally I completely forgot about when I said yesterday that Richmond was the next big town after Keswick – a mistake I shouldn’t have made when you consider it nearly has a Costa)!

Anyway, a quick stop to gobble down a meal deal or two under a shelter in the market square, we set off for our last 10 miles or so up Lamp Moss, another one of the Top 100 Greatest Climbs: a just a little bit more, I can see the top – oh no, there’s more climb. The last part was actually visible from quite a long way away, a nasty, smirking grin of a diagonal line up the side of a hill with a constant gradient and an air of impossibility about it.  So we walked up the bits we couldn’t do, over the summit and back in to the Dales National Park and on to roads walked two years ago on Wainwright’s Coast to Coast. 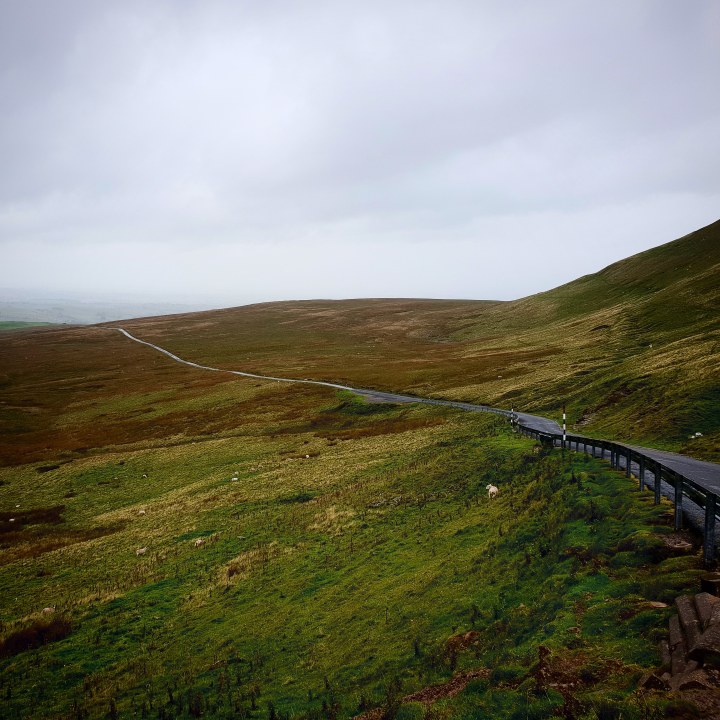 Leaving Cumbria behind, barring a few sharp uphills, gravity was going to be our friend for most of the remaining six miles in to Keld and, despite the wet conditions and the additional weight, I was gaining confidence that the bike would go in the direction in which it was pointed and, with clear visibility on most corners, they could safely be cut on yet another exhilarating free fall to a valley bottom.  In many respects, this was lucky, because the brakes were so shockingly bad at this point stopping was on the miss side of the hit and miss spectrum. 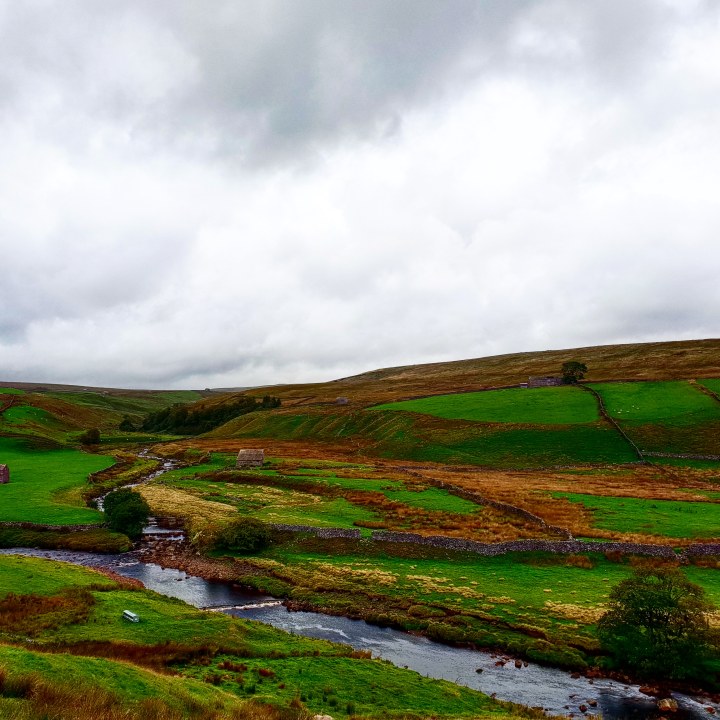 Eventually we crossed the River Swale and I knew we were a few hundred metres away from our accommodation for the night and having got in just in time to order home cooked food including sticky toffee pudding, we spent the evening watching a log fire burning and listening to the rain patter down on our Yurt . . . 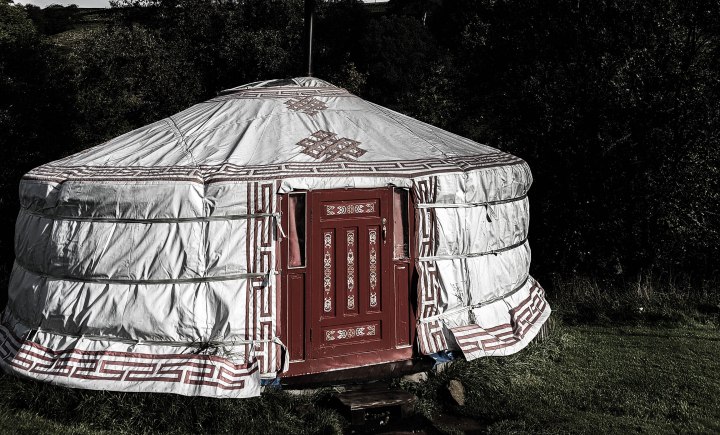 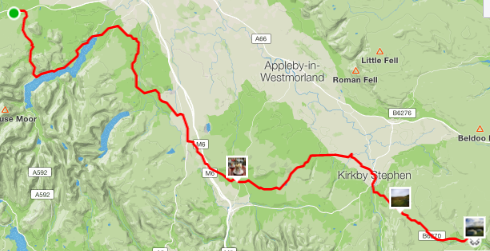