Day two started with the obligatory Full English whilst staring out of the window at Dent Hill coming and going depending on the intensity of the early morning downpour.  With checkout not until 11am, we weren’t exactly in a hurry to step, what would be an instantly wet, foot outside, giving us plenty of time to hone our gear packing routine.  It turns out that although seat packs may be lighter and much cooler, my Ortleib set up just involves me shoving roughly about the same amount of stuff in to each bag and clipping them on the rack – none of this strapping to seat posts and tying to saddles malarkey for me. 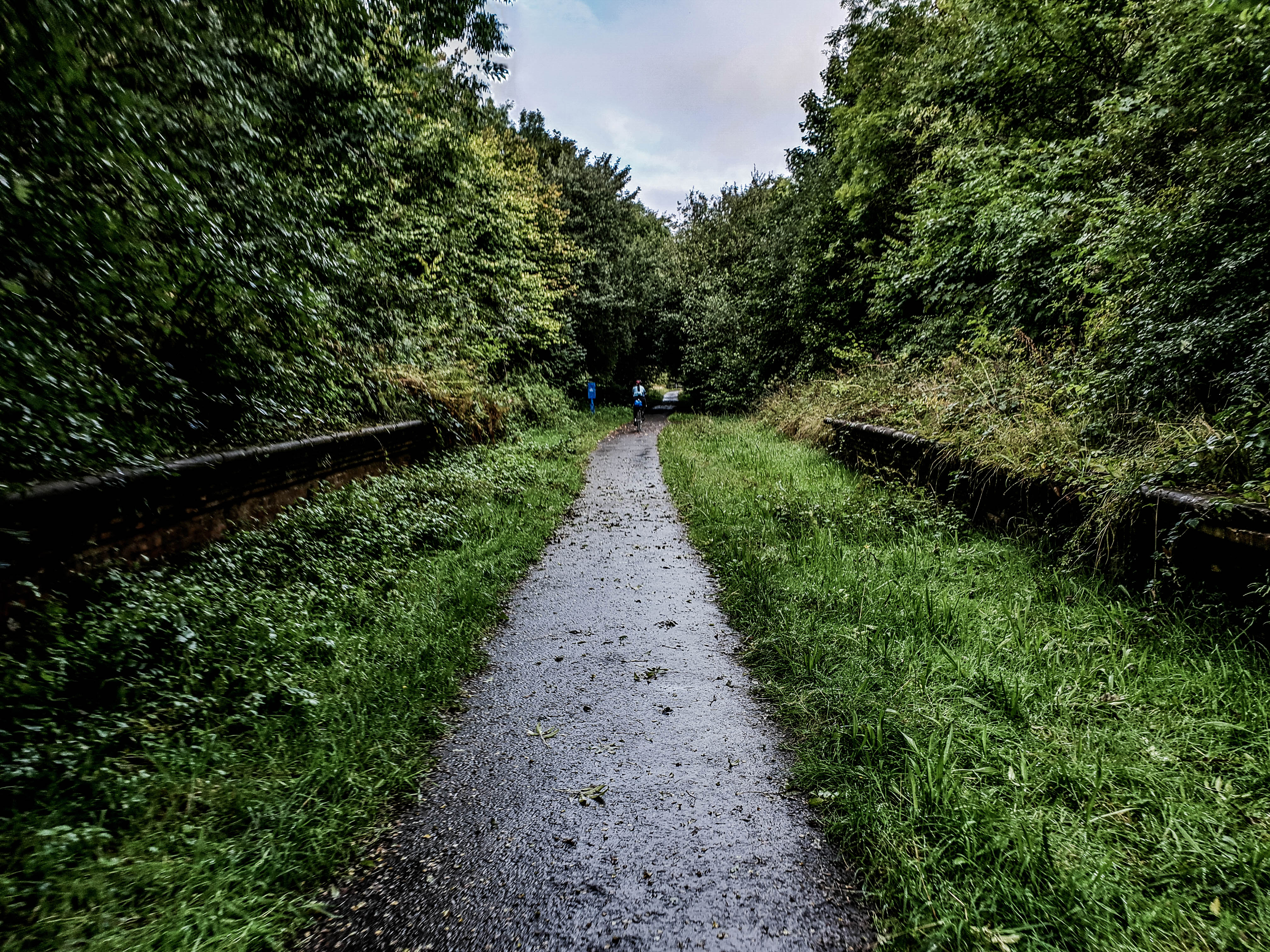 The ride started as yesterday’s left off; up the same disused railway line, avoiding dogs and their humans.  In fact, the only real difference was that we didn’t have four hours of riding in to a headwind in our legs (walking to the breakfast buffet to grab some cereal isn’t really the same).

Cleator Moor sits just on the edge of the Lake District as did our route for the first few miles, dallying with the border until we caught it unawares and made a dash to cross it.  As punishment, almost immediately our hard uphill work was undone in the splash of a tyre and a whirr of a freewheel doing what it does best as we descended like stones alongside Loweswater.  But surely free miles aren’t punishment, you might think, but no – it just meant we had to do it all again on the approach to Crummock Water. 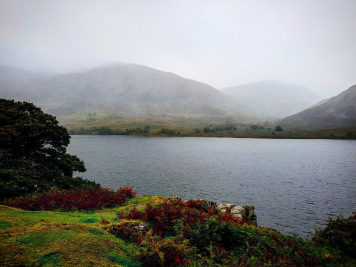 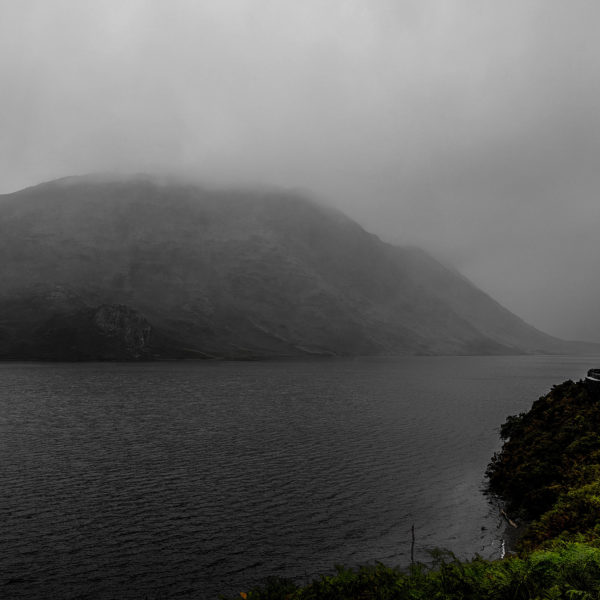 Despite the weather, Crummock Water was beautiful. The low cloud, darkening the heather on the hillside providing ample atmosphere to our ride and a spectacular backdrop to what was coming up: the village of Buttermere.  I am sure it is lovely, after all, it has a pub, so how bad can it be? And as far as the sticks go, with roads going out of it in three directions, it is well connected.  Unfortunately, each of them are really steep; one of them was in the direction we had just come from and the other two, Honister Pass and Newlands Pass, are on the list of 100 Greatest Climbs in Britain.

We plumped for the latter as the run in to Keswick would be on slightly less driven roads and were rewarded by a 20% climb almost immediately upon turning right on to the ascent.  This was such a shock to the drivetrain, I ground to an abrupt halt.  My steed refusing to continue until I found a more sensible gradient to start up on again. 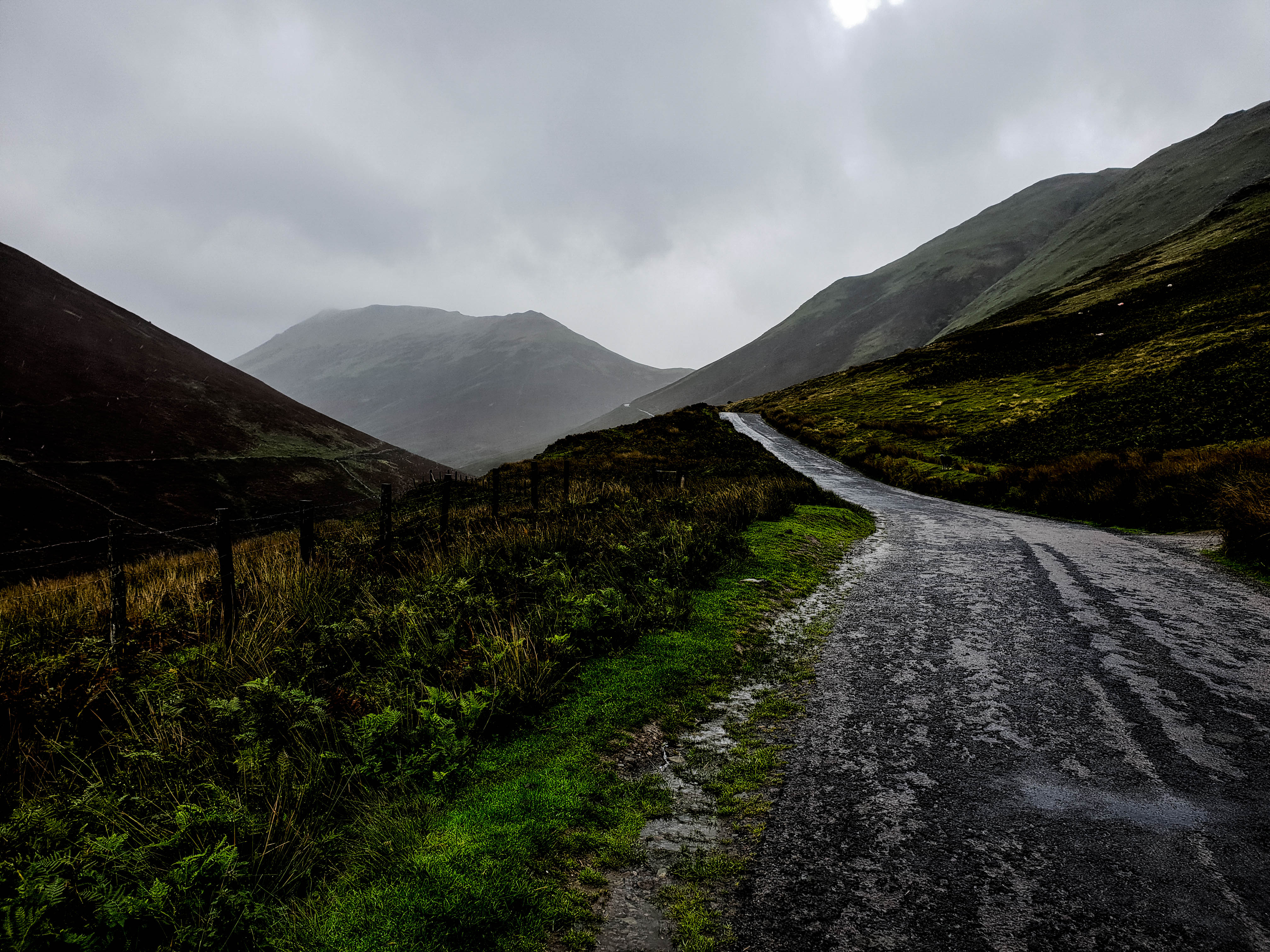 And so it continued for the next few kilometres, stopping only to take photographs (of which, strangely, we took a lot) and walking only at the point the cars looked as if they were dropping off the earth like a Monty Python cartoon.  One thing I did find out, is that in my lowest gear, with all the weight over the back wheel, I can pull a wheelie on 11% hill.  Important stuff.

Still, we did get to the top where we took some more photos of some water falling down from part of the hillside thankfully not accessible to traffic before it was our turn to plummet of the edge of the earth.  Sandra, unknown to me until I was much further down the hill, took the much more sensible option of walking down the 25% initial descent, whilst I went down on the bike.  On slippery roads. With brakes fully locked on.  Still going about 20kph. Terrifying. Luckily Sandra had texted me to let me know, otherwise, when I stopped because I realised she wasn’t behind me anymore, I may have had to go back up.  Once together again, we could take advantage of the more open and visible roads to get some high speed, free miles.  Add in some switchbacks and the like before you could shake a stick, we were at a pub called the Swinside Inn.  Which had a refuge bar.  We popped in for refuge. 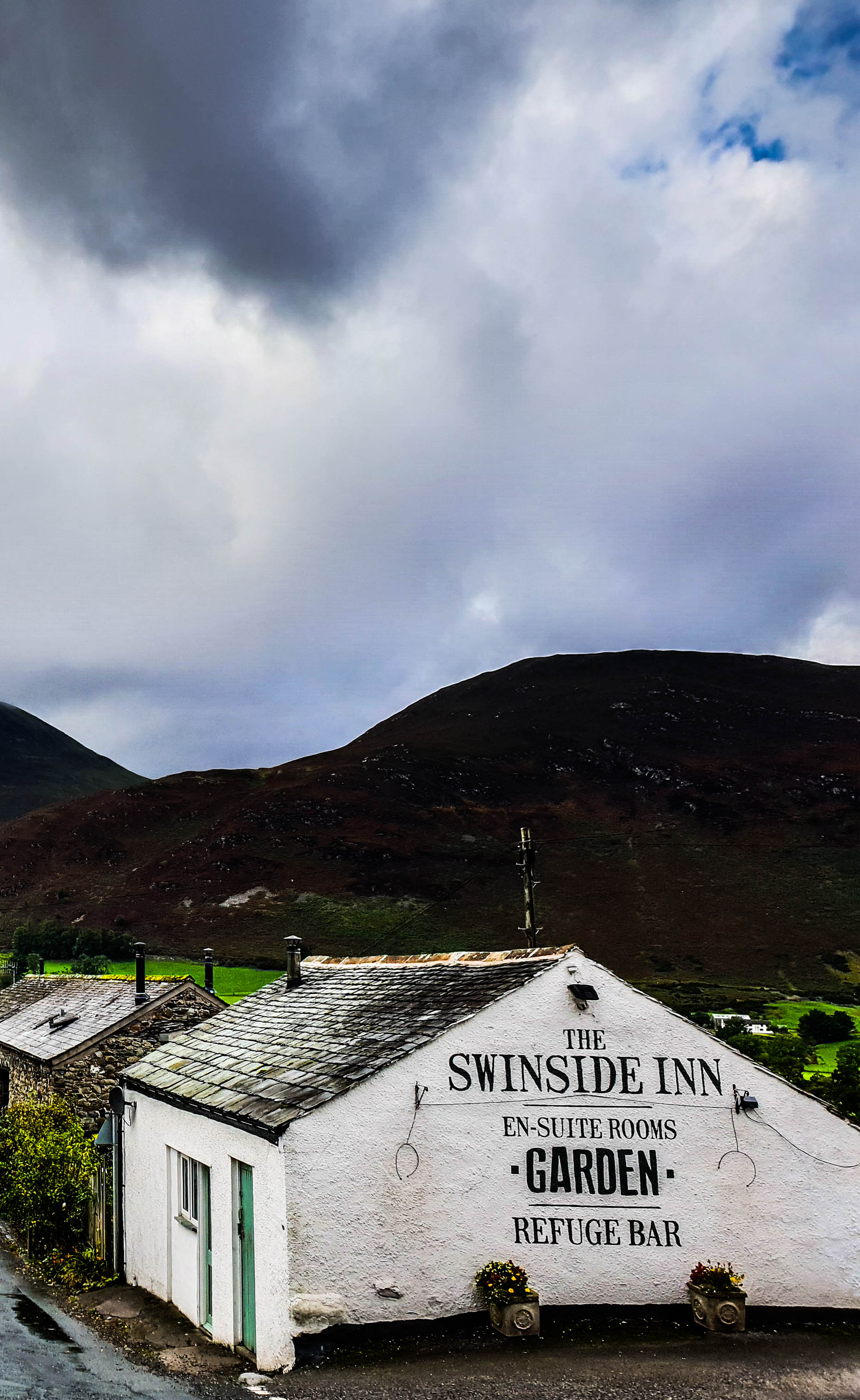 From there to Keswick took no time and after making a cash point run in the last major town before Richmond 60 miles away, we found ourselves on another disused railway heading, or so we hoped, gently up towards Troutbeck, a hope so great we adamantly refused to acknowledge two or three of the ‘bridge out’ signs before accepting our fate and cyclo-crossing down a muddy bank to join up with the ridiculously steep road again. 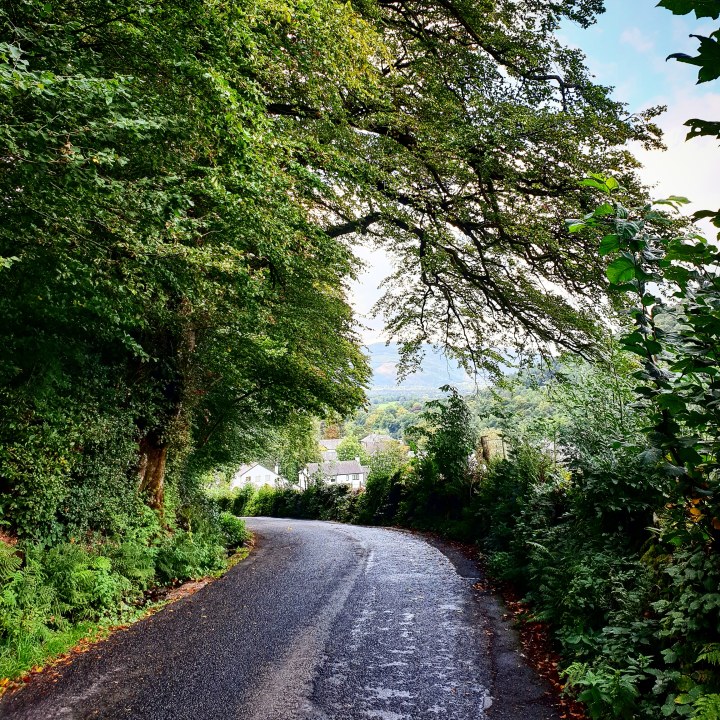 And after that it was easy?  Well, the undulations, as we tracked and crisscrossed the A66 towards Troutbeck and the Lane Head Farm Guest House, were much more difficult than they would have been without scaling an eighth of an Everest, admittedly.  Walking the two miles to the pub and back was a welcome break and a good use of muscles I had forgotten existed.