If we had left the planning entirely to Komoot, our first day out of Inverness would have seen us cycling straight past a perfectly good campsite at Lochcarron and wild camping halfway up Bealach na Bà. As this didn’t seem all that sensible, Day One’s plan was to conquer the route’s big ticket climb and pitch up in Applecross on the other side.

The Caledonia Sleeper had given us a head start for the 130 km with an earlier than advertised arrival into Inverness. Once we had battled the early morning traffic out of the city, via the official start point at the Castle, we were on our way.

The current incarnation of Inverness Castle dates back to just 1836, but the site has home to castles and defensive structures for almost a thousand years. A series of sieges, sackings and razings all resulted in centuries of modifications, and then centuries of neglect, until it was fully rebuilt in the red sandstone we see today.
Unless we didn’t get the memo, it remains the start and end point of the North Coast 500, despite being currently closed to the public for extensive renovations. Due to open again in 2025, it is still possible to get a photo through a security fence, or along Castle Street.

Excluding the last 30 km or so, the route from Inverness to Lochcarron was relatively flat at just 460 metres and was a good opportunity to get used to cycling on the fully laden bikes. Despite them being marginally heavier than the setup for the Paris trip earlier in the year due to all the camping equipment, it didn’t seem to hinder progress and if anything, the kilometres seemed to go by much quicker.

Away from the crowds

As we ventured further and further west, we could sense the increasing remoteness with every turn. Our second breakfast stop at Beauly 20 km in proved to be one of the last opportunities to grab a bite to eat until we reached the Midge Bite Cafe in Achnasheen a whole 50 km later. The off season rapidly setting in, coupled with there seemingly being a thing for places to be shut on a Monday, delayed this lunch stop until around 2 pm.

When we got going again an hour later, with still around 60 km to go, we had already decided that Applecross could wait until tomorrow. We estimated that the Bealach na Bà would take us up to three hours to get up and over meaning we would be setting up first camp after 8 pm, and probably in the dark. As we hadn’t pre-booked accommodation for this trip, we had no specific place to aim for and had freedom over our choice of overnight stay.

Almost. A 2 km detour to the campsite at the Strathcarron Hotel proved to be somewhat fruitless owing to it being shut on Mondays. Swapping Straths for Lochs we were more than happy with Lochcarron’s Wee Campsite and at just £10 for the night it was an absolute bargain.

Rolling up at around 5 pm we put the tent up and set about putting the camping stove to use in what appeared to be an intermittent force 10 gale which seemingly coincided with the striking of a match. Practically down to the last, the Jetboil finally burst in to life and we were eating rice and tuna before you could say pass me the salt. 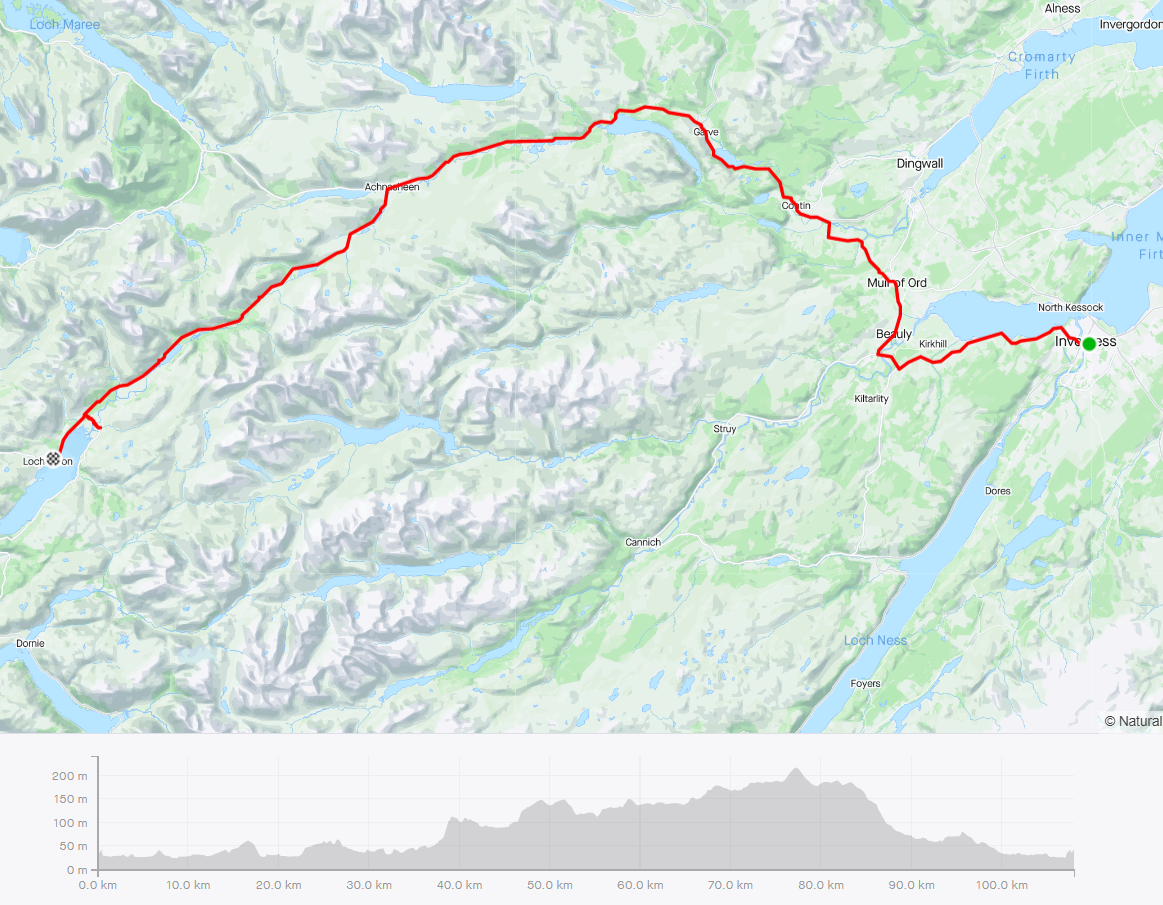