Despite being confused by the luxury of my really comfortable bed and not sleeping as well as I have been doing in my tent, I reluctantly left my nice warm B&B room and set out in to the unknown not quite knowing how my 20.5 mile route would sit with me after yesterday’s exertions. Breakfast was buzzing with stories of heroics over Kidsty Pike with those brave and stupid enough to go over the top all telling tales of how foolhardy and irresponsible it was and how they’d never do it again. Well, Nine Standards Rigg is tomorrow followed by potentially waist deep bogs – that’ll be the test of how responsible we really are.

If my rest day in Patterdale had taught me one thing it was that both the Lake District and Yorkshire Dales National Parks had expanded as of the 1st August and, after a short time out of Shap, crossing both the railway line that had taken me from Preston to Carlisle on the 30th July, and the M6 motorway, we were in the Yorkshire Dales. 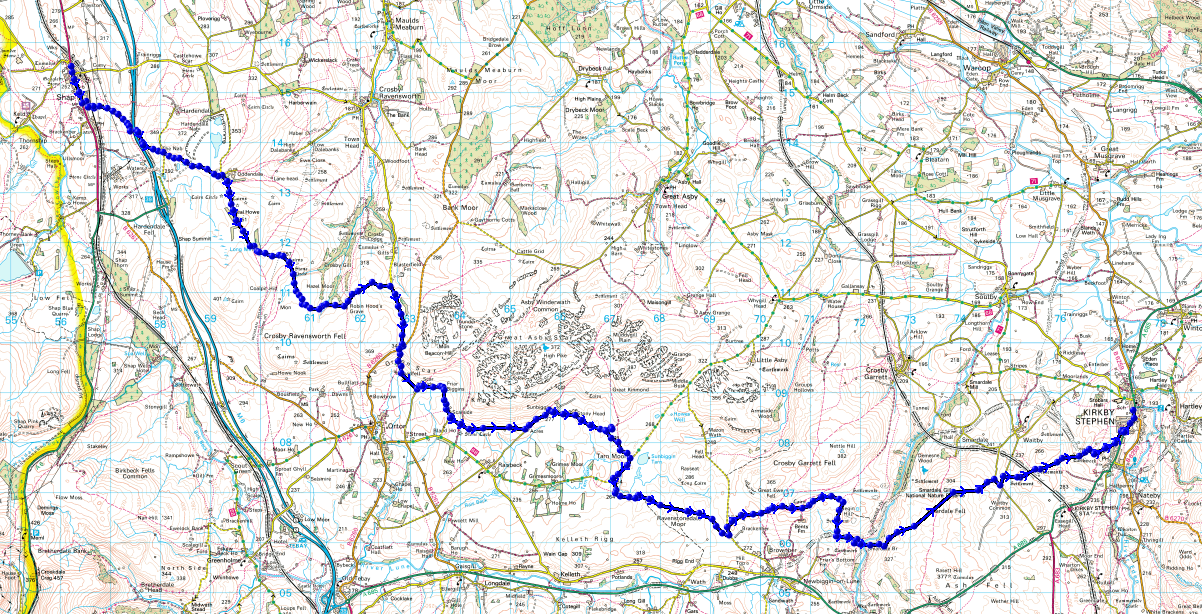