The plan was simple: cycle from Woking to Portsmouth to get to the IoW Ferry in time for a 4pm crossing. With a 7:45 start and an alternate route designed to avoid the environmental protesters on Waterloo Bridge, it didn’t seem as if anything short of emergency services being called to an incident at Wimbledon could get in the way.

Our expectations soon took a down turn, however, as a study of the departure boards saw them spring a leak on the on the rocks of delayed trains before finally running aground on the deserted and desolate beach of multiple cancellations.  All this due to an incident at Wimbledon requiring the attendance of emergency services cancelling all trains to Woking and the South Coast. Who would have thought it?

Rather than drowning in this self inflicted pool of irony, we desperately needed to find a way out of these water-based metaphors and, probably more importantly, find an alternative route.  After the appraisal of all manner of options, except possibly the most obvious one of popping over to Victoria Station for a plethora of alternative south bound possibilities, we settled on hopping on one of the few trains to Teddington and letting the Wahoo to take us to Woking and on to the original route.

Finally on our way

In all the excitement, breakfast had been relegated down our list of priorities until we got to the relative calm of Teddington Station where we were able to tuck in to a coffee and sausage roll based feast whilst doodling on our cups in a vain attempt to win a Brompton or two.  A free biscuit from the barista,  impressed, obviously, by our artistic endeavours, but I suspect more so about the journey we had planned ahead of us, spurred us on to start our journey once more.  A start which, to be honest, would have been far more short lived if it hadn’t been for a very helpful man, clearly forgetting he was in London, who pointed out which side of the station we had come out of, and gave us directions so we didn’t have to lug our bikes up over the rickety looking railway bridge.

So off we finally went, out through Bushey Park before tracking the Thames through to Weybridge and the River Wey until the Saturn Trail along the Woking to Basingstoke Canal where Dylan’s new Gravel King tyres coped admirably along the gravelly footpath.

Why have one plan when you can have three?

What didn’t cope admirably with the gravelly footpath was our schedule and, whilst balancing Dylan against a small post for a photo, we decided that it may be best to hop on a train at Woking to get back on track. Assuming that by that stage trains existed again.

The short trip over the Solent passed in no time, meaning we were able to make our first wrong turn on the island with the minimum of delay, but, as it was only a couple of hundred metres, we felt we still deserved a quick stop at the pub for a local ale and chips before heading south to Niton. Now, with Wahoo loving a mixed route, we had chance to enjoy an off road bridal way before hitting the rolling roads along the shortest route over the island. Short though it was, it did mean that we had to cross a ridge which seemingly traverses the whole island and which included a 16% uphill section.

A pub at the top of such a climb is a welcome sight, and ignoring this so we could plough on to Niton was almost as big a challenge as the hill. Plough on we did, however, through quite country lanes until, Wahoo, the lover of the off road, insisted that we went up a big hill to a dead end which was connected to another road with a dead end, via what must have been some kind of bridalway. We didn’t go that way. Instead we headed to Ventnor and up on to the cliffs looking out to see, before we were treated to a final run in to Whitwell then Niton and our chalet style accommodation for the weekend.

Dylan’s Bikepacking set up
Coxes Lock, River Wey
What happens if I press this?
Aliens on the Mars Trail
The Cliffs above Ventnor

London to the Isle of Wight 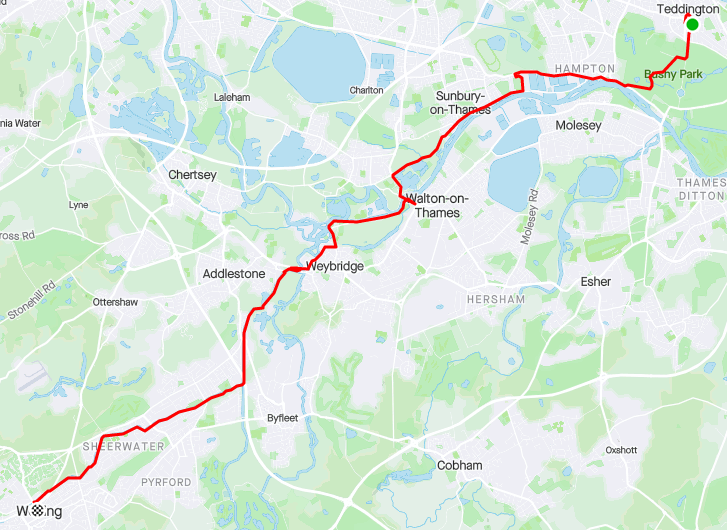 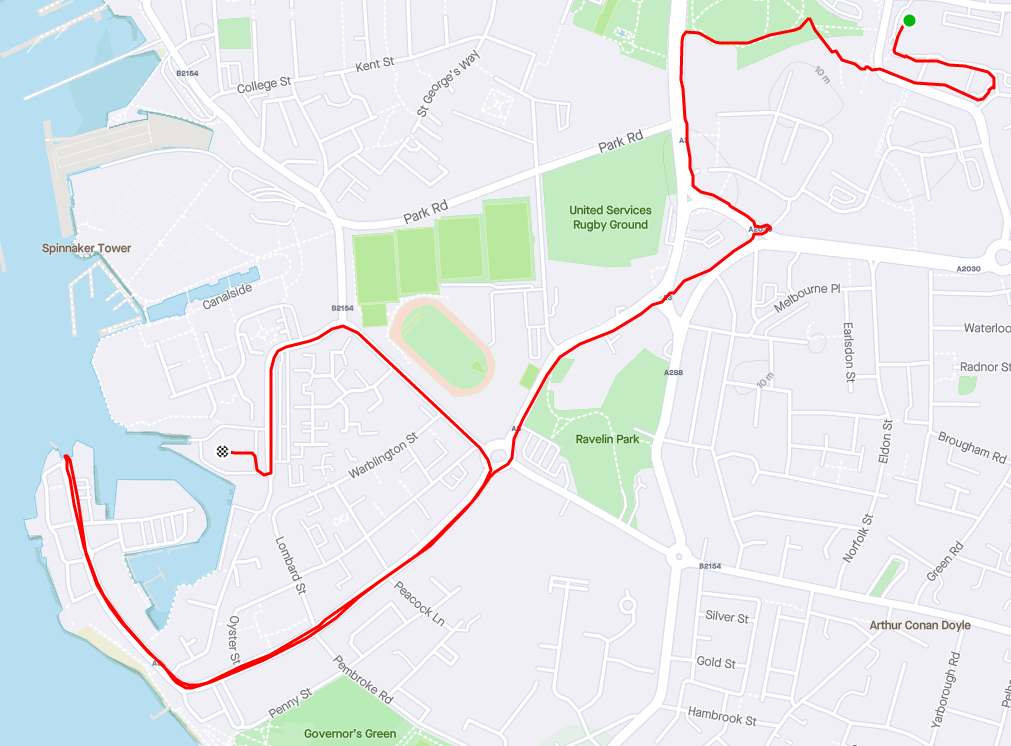 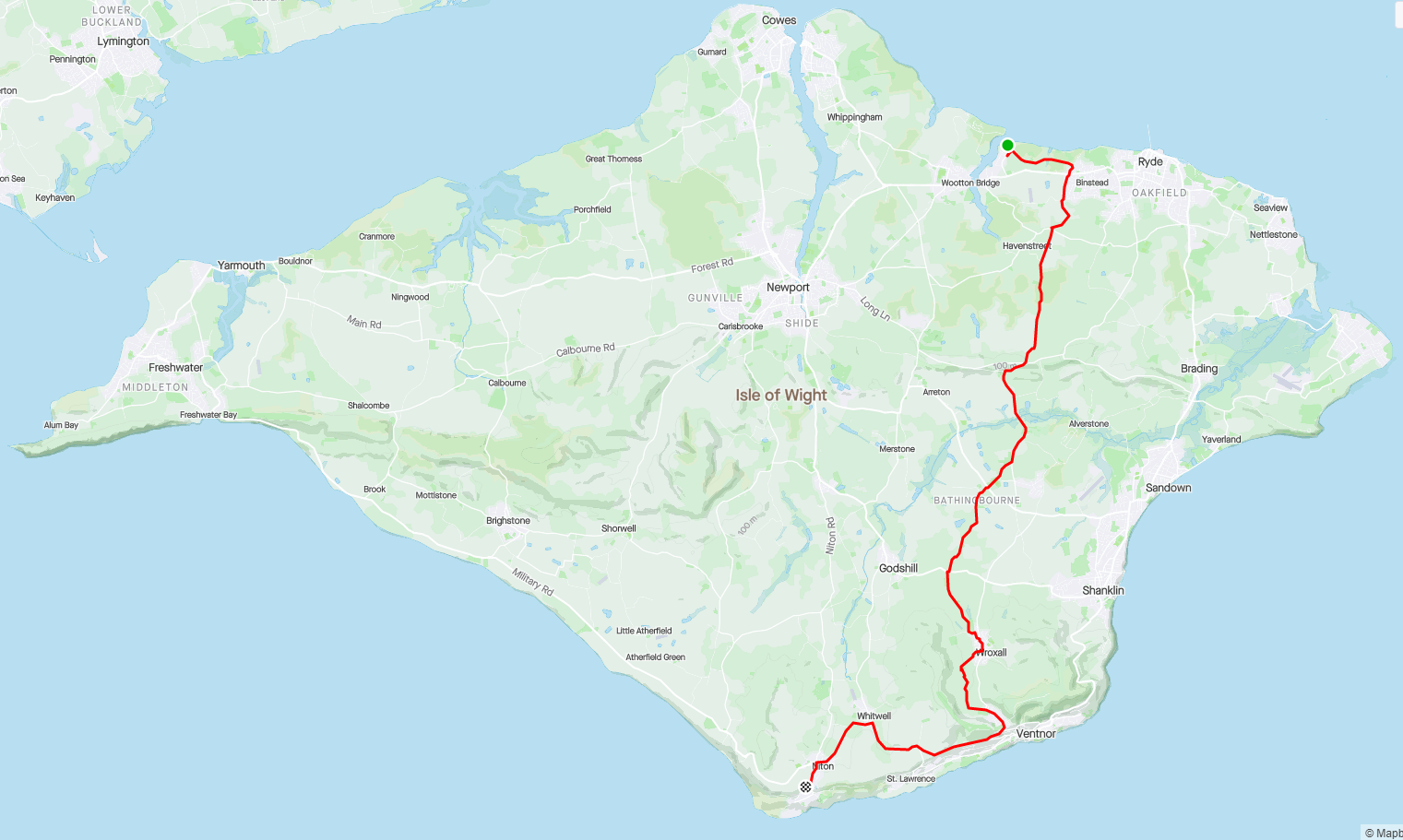