Well, not only have I been rubbish in art of blogging recently, I have also been pretty shocking in actually getting out there and walking. This should pick up with August upon us and a summer holiday packed full of walking intent, but first, what of June & July?

Well, the first weekend of June didn’t quite go to plan, with the great intention of walking the first stage of the Thames Path from Greenwich to Putney failing due to another farce of unpreparedness brought on by too much procrastination over the previous two evenings. Instead I donned my trainers, a pair of jeans and went for a short walk around London to meet people at King’s Cross. A meandering path from Liverpool Street, along the Thames to St Pauls, before heading north towards Smithfields Market, Farringdon before the Grays Inn Road delivered me to my destination. 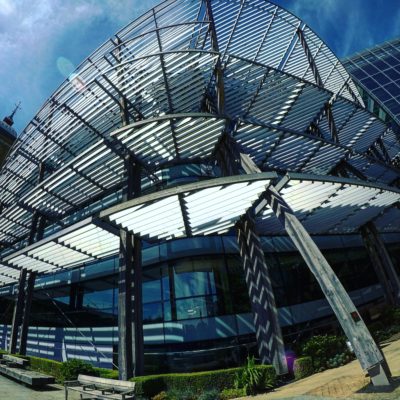 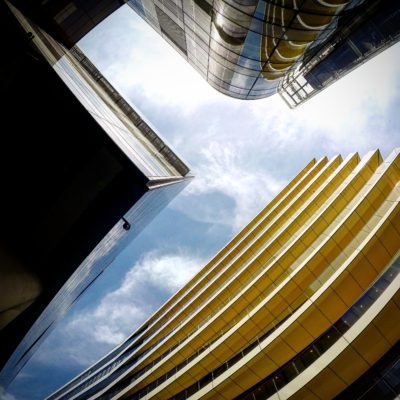 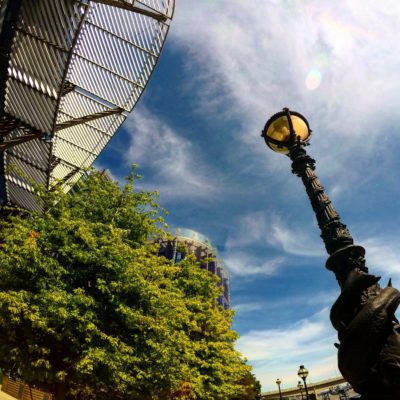 Armed only with a GoPro, many an interesting photo was taken in many an interesting nook and cranny. I even went to the beach in between Southwark and Blackfriars Bridges down a very, very long ladder whose height I was only fully aware of when I turned to go back up it. Still, I obviously survived as this is written in the first person, and I spent the next couple of hours exploring the streets in between all the tube stations, which aren’t all that far apart from each other. If you take in to account, the barriers, the escalators and the long walks to the platforms, sometimes you’re better off walking (sorry TFL, but it’s true). 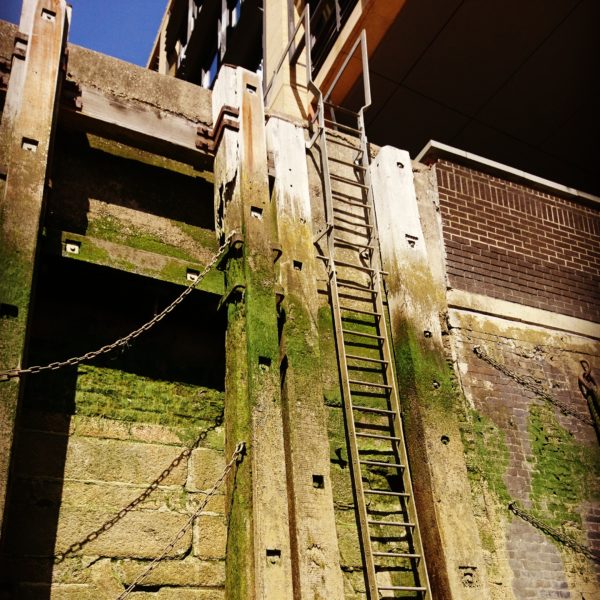 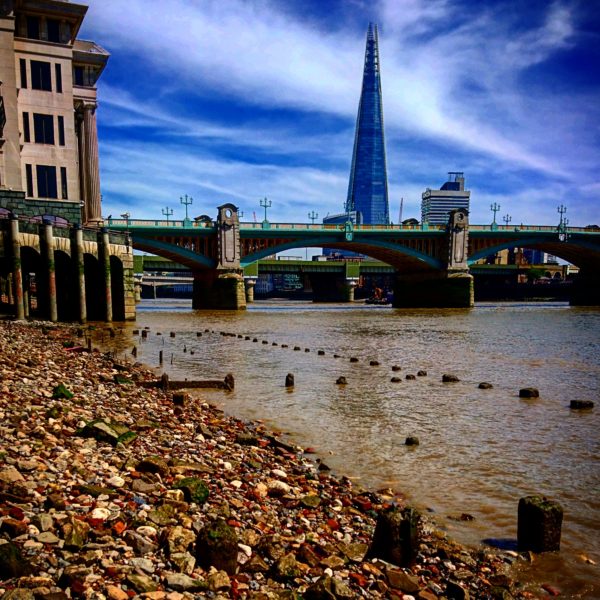 At the beginning of my day in London, I popped in to Cotswolds Outdoor on Leden Street, partly to look at stuff I can’t afford and partly because they have really nice air conditioning. Whilst there I picked up a book called Walking In Essex which details 25 day walks and has a guide to the Essex Way, and with out hesitation I dived straight in . . . well, the following week anyway.
Starting early on the 11th June with Walk 10: Mill Green and the Writtle Forest, a six mile loop through woodland, farm track and common land, I had been holding on to the book’s promise of deer sightings, but alas, all I saw was a sign telling me to keep my dog on a lead because there are wild deer in the area. I don’t have a dog. I was also warned that the following week, nobody, of the K9 persuasion or otherwise, should stray off the path at Parsons Springs due to an archery competition. Are these the world’s worst archers or what? 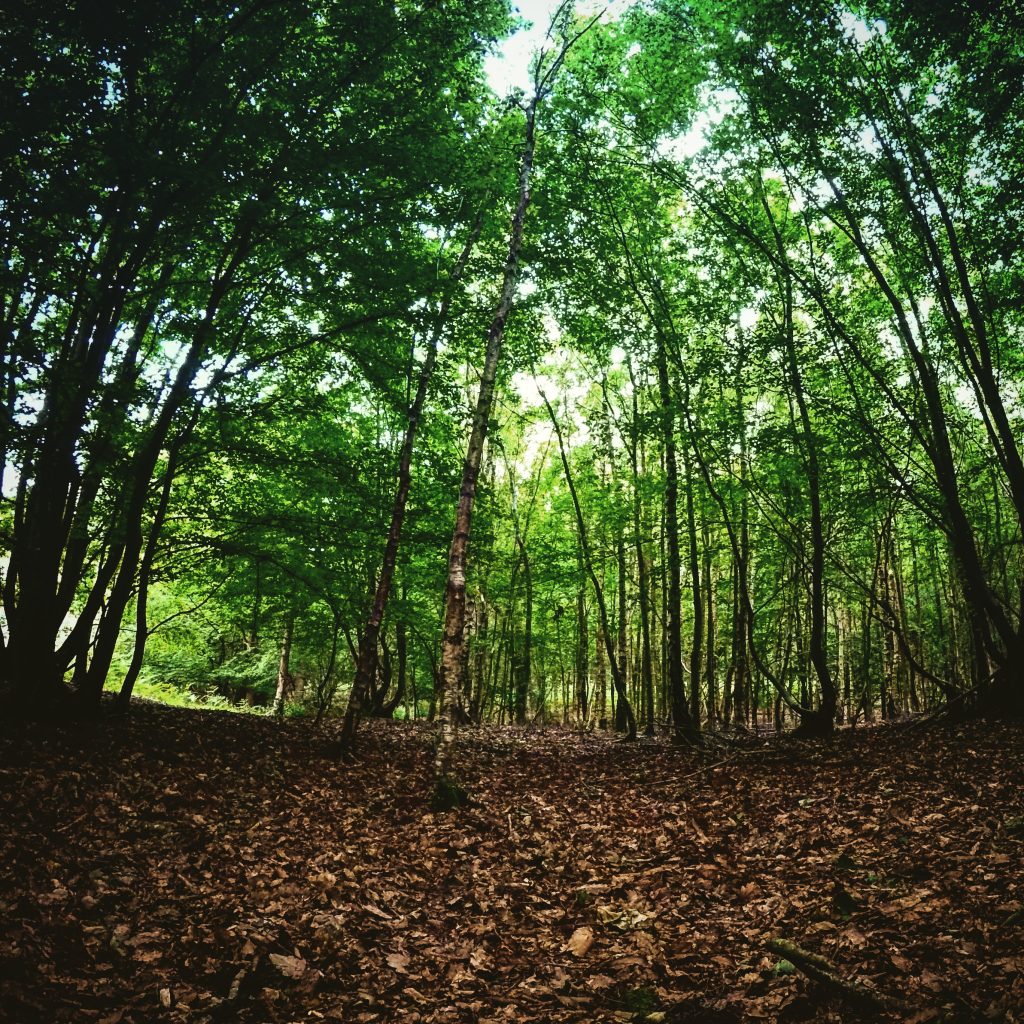 Anyway, an hour and a half later, I returned to the car just a few hundred metres from the Viper pub ready for a pint. At 8.50 am the pub wasn’t ready to give me a pint.
With money getting a little tight towards the end of the month, my plans for extravagant walks diminished as quickly as my money had dried up: dreams of whole days in the walking boot; evenings in the pub with burgers and beer followed by nights camped out under the stars evaporated as quickly as my bank account plummeted. 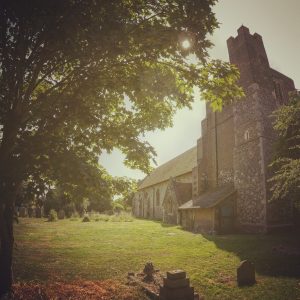 The fuel situation wasn’t particularly good either, so I settled for another local walk from the guide book. Walk 7: Orsett Fen is a five mile loop around ten miles outside of Brentwood in Orsett, funnily enough, and perfectly reachable with a car running on fumes if you stick it in fifth gear all the way.
Anyway, what’s all this nonsense about Fens in Essex? For those who know more about the county beyond that ‘Only Way Is’ drivel, it is famous for its marshes, yes, but surely the Fens are the preserve of Cambridgshire, Lincolnshire (la, la, la) and Norfolk? Well, we have three, and this walk takes in all of them (Orsett, Bulphan and Stringcock). Not exactly the most exciting scenery in the country, and the paths were a little over grown in places, however, as the guide book stated, there is a certain feeling of isolation despite being sandwiched between the A13 and A127 dual carriageways, oh, and the view of the Power Station at Tilbury.
Orsett in the sunshine with its little church and old style road signs was a little gem, and, unlike the previous week I was treated to some actual wildlife: an Osprey (yes, an actual Osprey: I looked it up in a book afterwards); and a pheasant which took off vertically just metres away from me making me swear a little.
So, really that’s it . . . July was taken up with watching the Tour de France, buying stainless steel water bottles (didn’t take too long, to be honest) and booking some extreme adventures for August. I have been very lazy and considering one of those adventures will be the Yorkshire Three Peaks Challenge, that may prove to be a mistake. Nah, we’ll see, I quite like the idea of just ‘rocking up’ and nailing it!