So it would seem I didn’t put enough chamois cream on yesterday. I know this because for the first couple of miles I was figuratively in tears every time my bottom even hovered anywhere near the saddle. That first world problem aside, we started the day by walking 100 metres down the road to avoid the pointless one way system before heading south and in to the countryside for the first time.

A shadow of our former selves
Bicycle at a cafe

The route out of Alcudia took us past a Burger King sign so large it was probably visible from space, but not, apparently, from Sandra’s bicycle, and on to a coast road sandwiched between the sea and the Parc Natural s’Albufera before hanging a right inland and up something I believe is called a hill. I didn’t like particularly like the hill in the context of cycling, so we stopped for coffee and cake at a bar just outside Santa Margalida.

The good thing about going up a hill, is that you can can go down the hill on the other side and, unlike hiking where going down a hill under the force of gravity generally means you are falling off it, on a bike, science is on your side. And, as it was, science took us through Muro and down in to some flat bits rather quickly and, before we knew it, we were crisscrossing fields along country roads dotted with windmills and potatoes and olives and oranges and stuff.

Whilst wending our way to Sa Pobla and the right hander back to Alcudia, I only really had one question: am I still able to ride a bike no handed after all this time? A question that could only really be answered through empirical research which, granted, could have gone one of two ways: the worst of which involving road rash, torn lycra and mortifying embarrassment.  With such a skilled rider (or really well set up bike) that version of events didn’t happen and before I knew it I was thinking to myself ‘look Mum, no hands’.

So, after all that frivolity we were heading through the northern most section of the Parc Natural s’Albufera along roads lined with reeds and populated by a raft of coots before once more heading past the world’s largest Burger King sign still incomprehensibly imperceptible to certain members of the party, through the port and back to the apartment.

The evening, early evening at least, started on the roof, looking over views of the old town and mountains and with it being such a lovely evening, it would have been awfully rude not to have gone for a little walk to scope out Friday’s planned hike. Despite ninja dogs, who thought that scaring passers by hiding in bushes and barking loudly when they were least expecting it, was hilarious; and painted devils in trees, the route out was along a main, unremarkable road.

Further on we found the Playa de San Joan, a secluded beach with razor sharp rocks and stunning views across the bay where we watched the sun go down before avoiding ninja dogs by a different route back to the apartment. 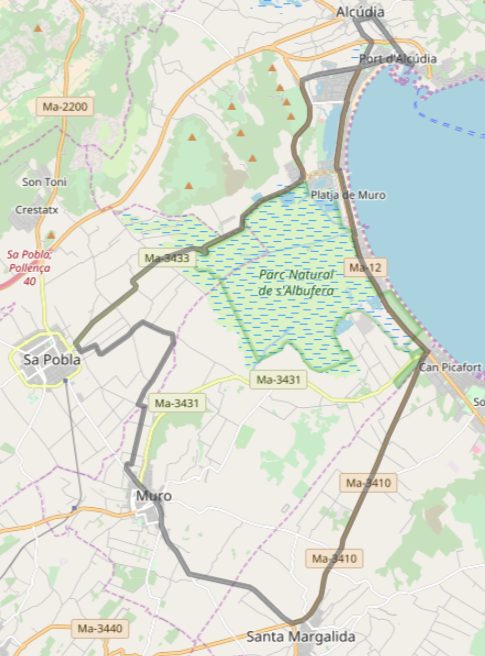 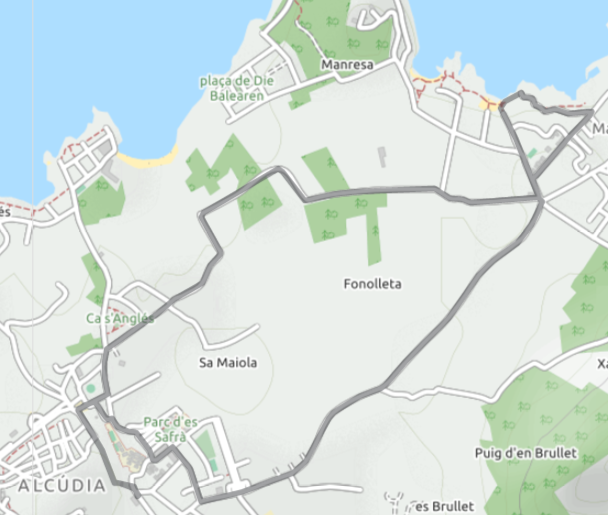