The ride started a little differently today. We came out of the apartment going with the one way system. Granted, only about 30 metres before cutting across the square to the old town and along the road we walked back from the Plaja de San Joan. Today we were heading up a mountain.  Not a big one, but it had all manner of swtichbacks and stuff  so at least we could pretend we were attempting the Alpe d’Huez.

It was clear that the our destination wasn’t quite as populated as the Alpe as, at the end of our chosen spaghetti like road, along the coastline of the southern shore of the Badia de Pollenca, deep in to the Victoria Peninsula (as I had discovered it was called since we here two days ago) stood just the Ermita de la Victoria and the Restaurante Mirador.  There were also wild goats, and according to my phone, we were at a similarly named chapel in Colombia. Now, either the location services on my phone were having a questionable five minutes of insanity, or, more likely, these wild goats were also magical.

Safe in the knowledge that they would probably transport us back when we decided to leave, we had a little rest in the square.  Now, I am not saying the climb was difficult, but it was an, erm, lovely view which deserved our attention, photo taking and, as the restaurant was closed, our consuming of snacks before we headed back down.

As promised, the goats returned us to back to where we started, albeit much more quickly – probably due to the prevailing winds over the Atlantic. Anyway, before momentum had time to say ‘whoa there’ we had not literally flown through Alcudia and out the other side for one last visit to Port de Pollenca where, despite the area being as much of a building site as it was a few days ago, we stopped for coffee overlooking JCBs and builders’ bums.

And that was it for the cycling, we reluctantly pointed the bikes towards Alcudia and the bike shop, and although they resisted by taking us through quiet country roads along rivers, the weather fought back by soaking us and telling us it was time to drop the bikes off.

Covered in mud, or other brown stuff associated with the countryside, and drenched with water we reached the cycle shop and handed our sodden steeds back. With flip flop produced from my ruck sack, along with a Star Wars Tesco Bag for Life for stashing our shoes and helmets, we squelched back through the Old Town to the apartment. Now obviously as we were soaking wet, and getting wetter by the second, the only friendly cat on the island insisted on a fuss being made of it. We got back to the apartment feeling as if something was missing, but at least we got back to the apartment without the owner of the cat missing their feline friend. 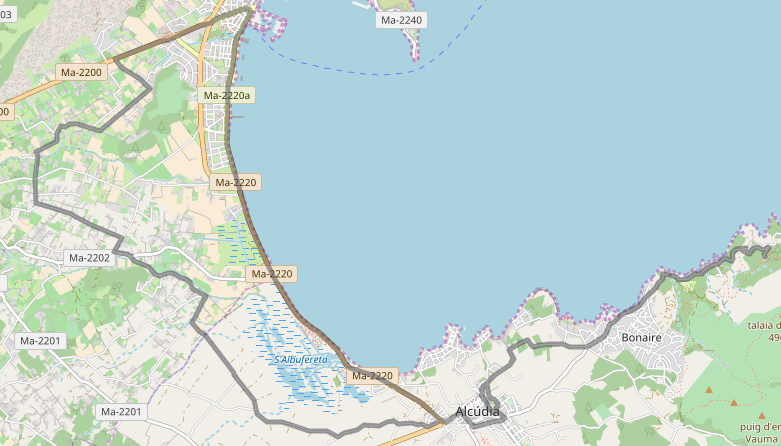