Well, since buying the Brompton in March; many, many miles have been travelled on the little folder.  It was becoming so much part of the furniture, I could barely bare to leave it behind for my week long trip to my parents in Normandy.  So I didn’t, and although it wasn’t meant to be a cycling holiday, everybody at work assumed it was and who am I to argue.

With 200 miles under my tyres, I was confident that I could put some decent mini rides together, building up the kilometres throughout the week as adventure took the better of me.  I had already topped 30 miles over the previous weekend by cycling around London over two days with Sandra, so how hard could it be to cycle the 25 miles there and back from a place called Mantilly to a place called Domfront?  Naturally, in order to answer this question with the greatest amount of scientific enquiry possible, I started small with a 13 km route through the steep banks of bocage, past mildly interested Normandy Cows and awfully yellow fields.

With that in the bag, wearing nothing but sandles – well, nothing but sandles on my feet,  I was wearing appropriate clothing elsewhere – I donned the questionable footwear once again for a 30 kilometre jaunt over dirt tracks, past beautiful rivers and equally beautiful donkeys, which, after dogs, cats and Paddington Bear are my fourth favourite of all the animals.

And there we had it.  No more excuses.  My Studies, in many respects, had proven that the Brompton was more than capable of managing the French roads on and off, over distances not far in excess of those I had already achieved through the streets of That London.  It was time to plan for the big one by packing a bag of crisps, a couple of croissants and upgrading the footwear to something that incorporated laces.

And all was going well: the donkeys were happy, the river serene but the hill in to Domfront?  Well, with the last kilometre at an average gradient of 6.6%, that was ridiculously steep for a bicycle with such small wheels.  Still, the view was good; the croissant all the more rewarding and the downhill amazing. 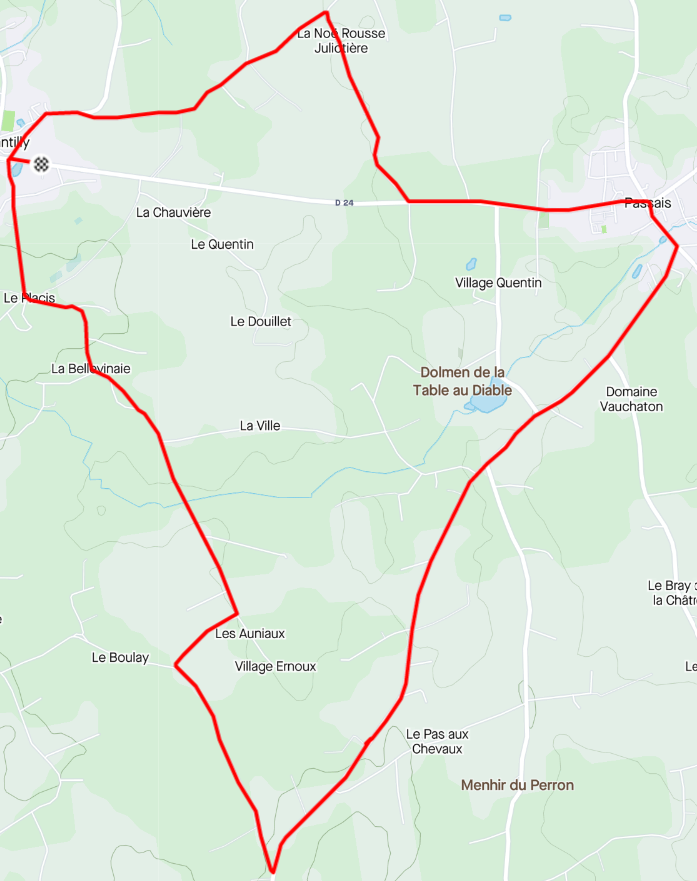 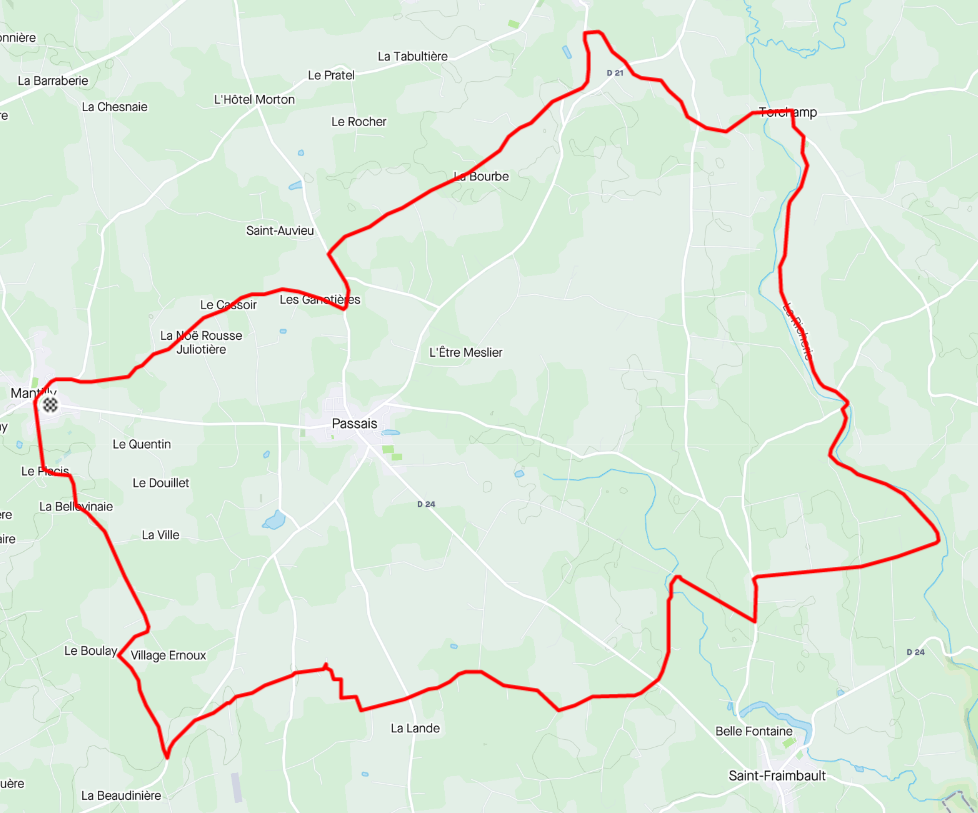 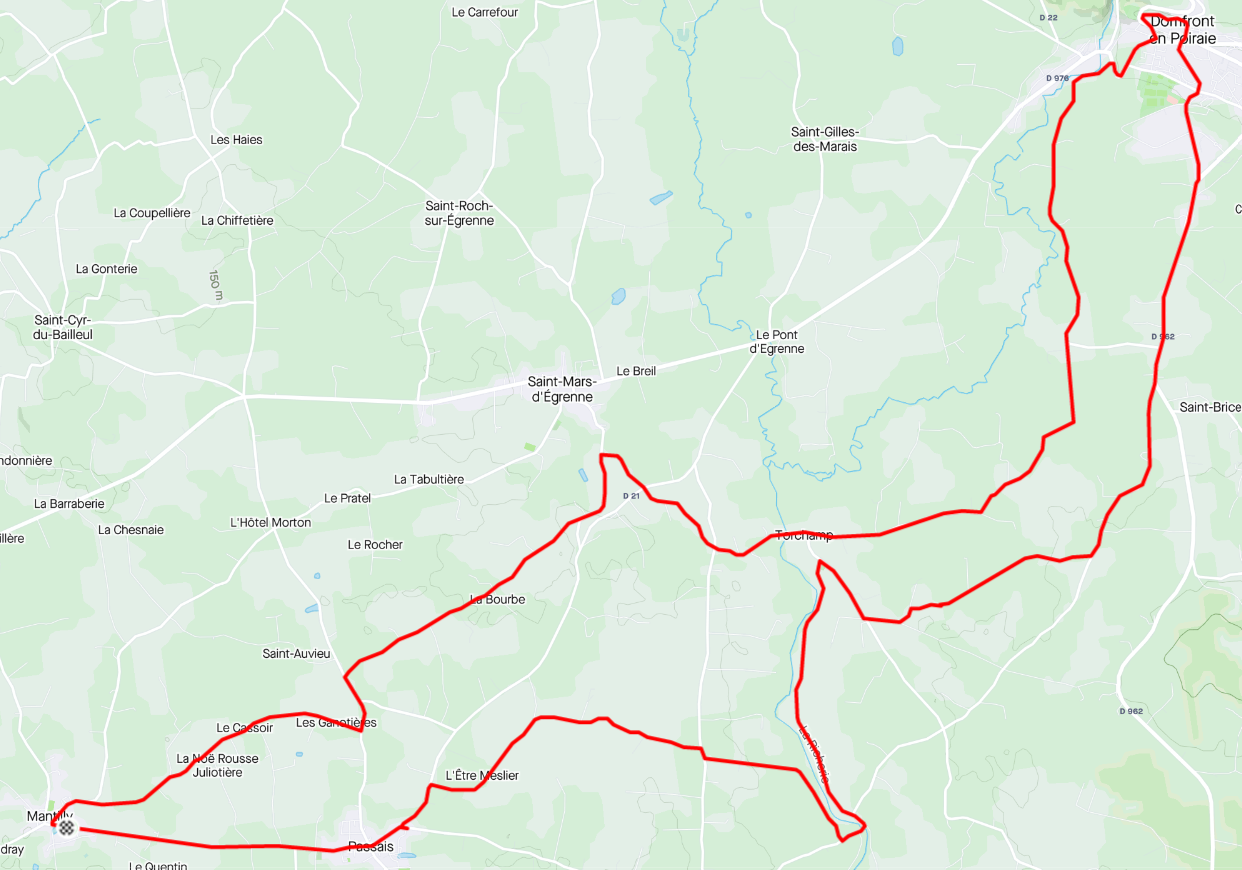