If there’s one thing I learnt from the Length of England ride in 2020 it’s that I’ll never get up Lamps Moss on a fully laden bike without walking. But if pushed for a second thing, it’s don’t rely on Komoot to build a route and expect it to be flawless. Even Rapha’s Hell of the North in 2021, had dodgy off-road sections through avenues of trees with no-cycling signs plastered all over them. So what is the best method of Route planning and riding in the UK that keeps you safe and on the right side of the law (in the UK at least)?

The biggest issue with the Length of England Ride was cycling along the A1 on a tiny cycle lane which Komoot chose by virtue of it being a cycle lane and because a lot of people use it. So, whereas I noticed the hideousness of the route prior to setting out that morning, Komoot, Strava or Google Maps just did not have enough information to hand to plot a sensible detour.

Back in the safety of my own home, it took less than ten minutes on a 1:25k Ordnance Survey map to find alternatives on byways and bridalways that wouldn’t have added absurd amounts of mileage.  With it’s comprehensive key showing road and off road options, it would have been the perfect companion for a pre-ride sense check.

The Ordinance Survey are a forward-thinking national mapping organisation who forged ahead with a digital mapping project in the 1990s. As a result the UK became the first country in the world to achieve full digital coverage. It’s no surprise, therefore, that paper can give way to pixel if you don’t fancy having a couple of hundred maps knocking around.  Memory Map, with a £30 per annum perpetual licence for full UK 1:25k coverage, allows for route plotting and exporting to GPX.  If you fancy something for free, opencyclemap offers similar, detailed functionality.

Know where you can ride

Understanding what the lines on the map represent goes part of the way in identifying which big scary roads to avoid and which small tracks to flock to. The other part is understanding what roads, tracks and paths you are actually allowed to ride on.

UK motorways are covered by the Highway Code Rules 253 to 273 but you don’t have to go further than the first one of these before cyclists are taken off the list and firmly told they’re not coming in.  Along with riders of horses and motorcycles with engines of 50cc or less, the vehicle equivalent of having inappropriate footwear for this venue is backed up by all manner of laws from Highways Acts, Road Traffic Acts, Road Act (Scotland) and Motorway regulations.

Ok, this is an obvious one, but it doesn’t stop everybody.  In 2002 two Commonwealth Games competitors from Kenya took to the M61 in Greater Manchester to get from the athletes’ village to the start of the road race. Not wanting to be left out, at the Glasgow Commonwealth Games twelve years later, four members of the Sri Lankan team took an equally risky pootle down the M74.

A dual carriageway in the UK is defined in the Highway Code as having a central reservation and, aside from Motorways and some A-Roads where it is explicitly restricted, cycling is permitted.

With speed limits of up to 70mph (112 kph), you may question the sanity of anybody who would actually choose a road which pits the smallest, slowest road users against the largest and fastest.  But people do:

These are all fair game to cyclists, but they will vary in their busyness. From green coloured primary routes at one end towards ever more country lane nirvana at the other via red, orange, yellow, thinner yellow and white on the OS 1:25k.

Simply stated, in the UK, it is against the law to ride on a pavement.

The only crossing a cyclist can use to ride across the road is a Toucan Crossing which have cute green cycle light next to the green man. All the others, the zebras, the pelicans and the puffins are the domain of the pedestrian (unless you want to push your bike).

These may not always be shown on 1:25k OS maps, however, where present, they are marked by green dots or dashes. On the ground, cycle information is shown on blue information signs denoting cycle routes that are dedicated, shared, against the flow of traffic or part of a cycle network.

Managed by Sustran, the NCN makes it easy to plan a cycle friendly route across the country on quiet roads or traffic free tracks. The first 22.5 km (14 miles) opened on the former Bristol to Bath railway in 1984 and has grown today to over 20,000 km (12,500 miles).
The NCN Route Number is marked on the 1:25k OS Maps, but you can also view whole network on the Sustrans website.

A cycle Lane is separated from the carriageway with paint.  Where the paint is continuous, it gives drivers an opportunity to ignore the fact that they are not supposed to cross over into it.

Tracks and lanes may provide reassurance and comfort for less the experienced rider, however, contrary to what a lot of drivers think, in the UK their use is not mandatory and is at the discretion of the rider.

My safety was once questioned by a driver, who, whilst winding his window down and staring straight at me, rather than the road ahead, also questioned my right to be anywhere other than a cycle lane. The road I was on didn’t have a cycle lane, and whereas I have a policy of ignoring such stupidity, I would have loved to have told him by that logic he should have been on a motorway. But that level of subtly would have gone over his head.

The off road options in the UK are somewhat more limiting than the 2.2 million kilometres of unpaved roads available to cyclists in the United States. Although Scotland has a much less draconian attitude to land access, according to Cycling UK, of the 146,000 km of rights of way in England and Wales, over 75% are restricted to pedestrians only. The Highway Code cites the Highways Act of 1835 as the legal basis for this, although, as you might imagine given its age and that it predates the modern bicycle by over 50 years, it is more concerned with livestock than anything else.

But this is a grey area. Cycling UK go on to say that without certain by laws in place, cycling on a footpath on private land is a civil not legal matter and If enough cyclists and equestrians use a footpaths for long enough without challenge, the Highways Act 1980 provides for their conversion to a bridalway.

But to be on the safe side, when route planning and riding in the UK, stay away from the footpaths and stick to bridalways and byways. Why not even take along your donkey too. Pretty sure that will be allowed. 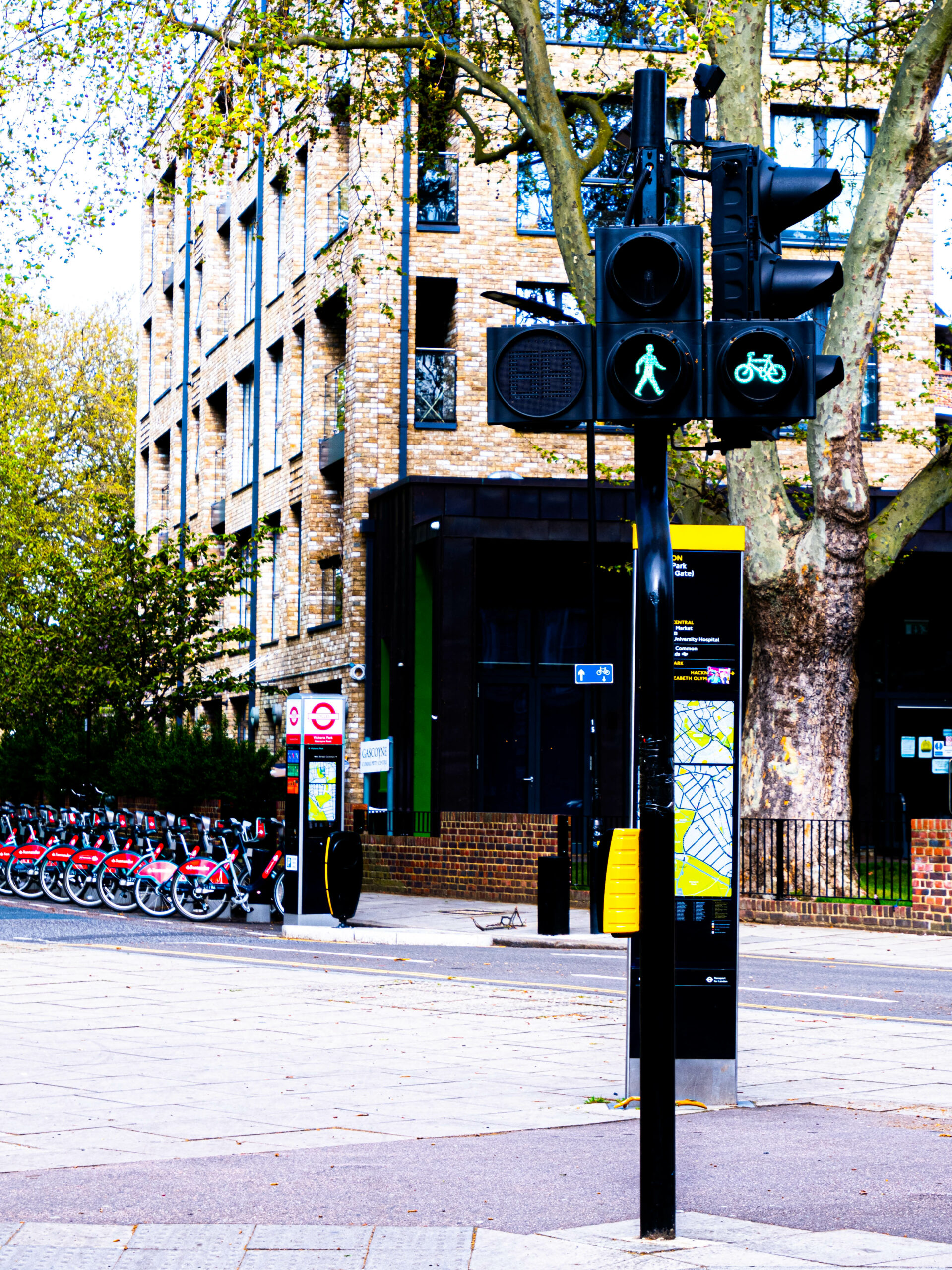 Why did the toucan cross the road? 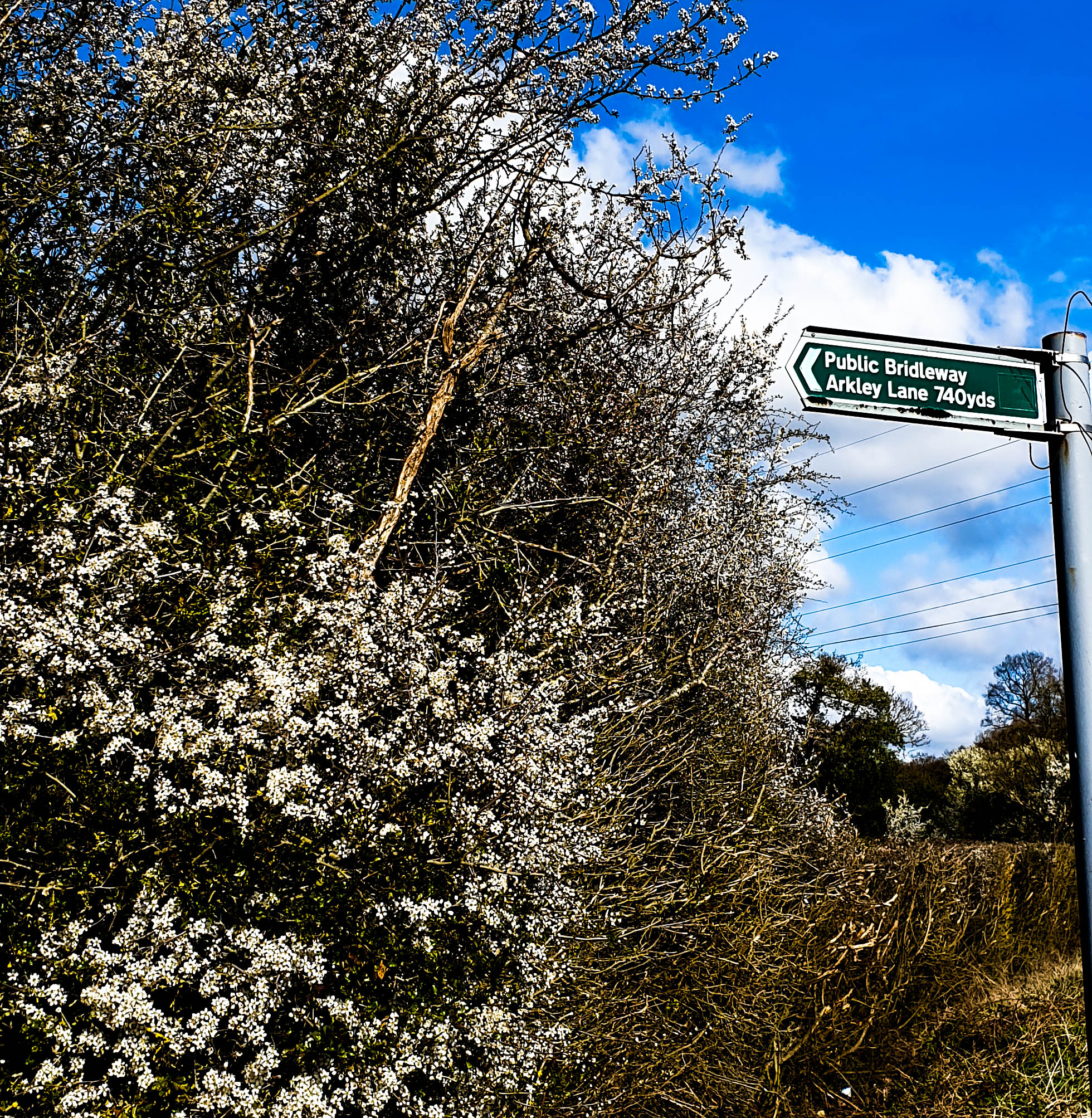