So, I had convinced myself that I wouldn’t be going out today as I really had too much work to do around the flat, but by 12:30, I had cleaned the bathroom, vacuumed the carpets and polished lots of stuff to within an inch of their lives.  There was nothing on the telly-me-box, it was hot and sunny and I fancied a pint.  The only thing is, my pub of choice, The Viper at Mill Green, was 12 miles away.  On the plus side it makes a cool name for a walk!

It was on paths I used last week so I didn’t need to concentrate too much, except when I wandered in to a field looking for the exit for hours (well, minutes) only to realise it wasn’t the field I thought it was.  I am sure there is a lesson there around concentrating on navigation and knowing where I am at all times that I won’t bother to learn!

It was amazing how much stuff had grown in the last week.  Just enough for the wildlife to hide itself away and then spring up unexpectedly.  I was confronted my many rabbits, a few foxes (which, as we all know from the educational video, Watership Down, is the enemy of the rabbit), squirrels and a pheasant which I startled from its resting place in the long grass, which in turn startled me as it flew off.  I also swallowed a fly, but the queue of animals lining up to jump in after it was far too worrisome so I spat it out immediately.  Of course there was a Viper, but that was a pub, so technically doesn’t count.  It sold a beer called VIPA, but still that doesn’t count!

Equipment wise, my toe finger socks aren’t that durable and I seem to be putting a hole in the thumb toe of the left sock.  Who knew that this would also become a beauty blog, but I must keep my nails in better order otherwise I will get through socks quicker than a, erm, thing that eats socks really quickly.

In other kit news, the button fell off my Graghopper trousers  before I went out so I am going to have to find needle and thread: Great British Sewing Bee, here I come! 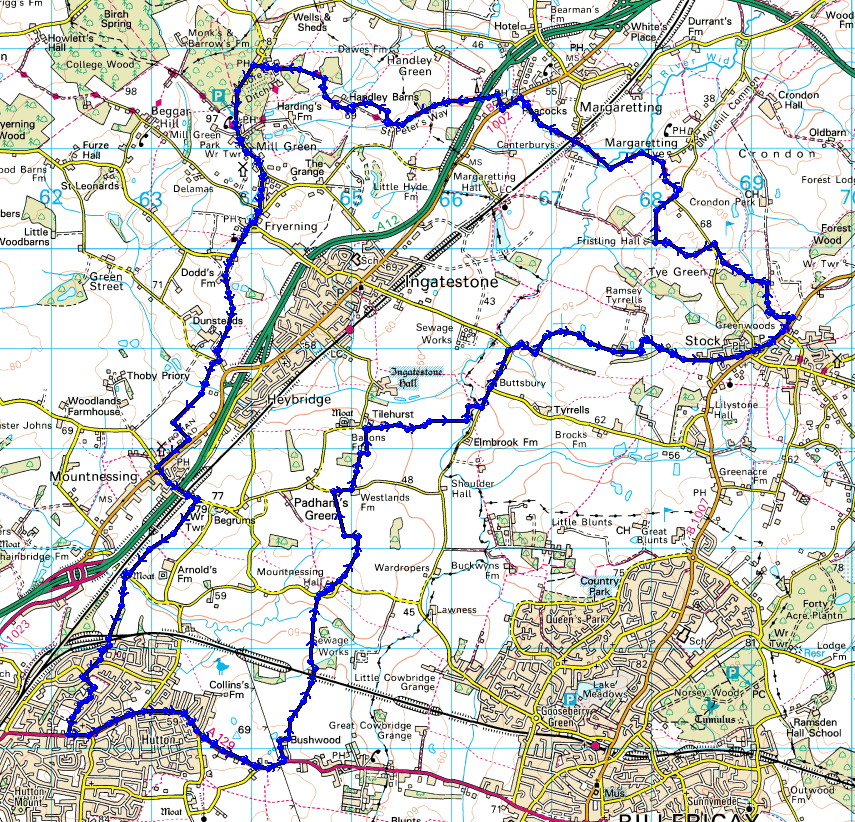