In the time trial world, everywhere you look, you will find the synonymous phrase ‘the race of truth’ to describe an event that places each competitor in complete control of the destiny of their own race. There is no hiding in the bunch to save energy and there are no team tactics. it’s just you and your bike competing as hard as you can go against everyone else on the same course.

Years. That is how long I had been toying with the idea of doing time trials with the excuses not to get involved winning out each time. 2021 was, for some reason, the year to take the plunge and put aside worries of being too slow, or work getting in the way. Helped by having done a few 2 UP TTs organised by CC London, I joined Essex Roads and signed up to one of their Evening Series events on the 14th July on the E39/6B course.

The mysteriously named E39/6B is named to be just that. Mysterious. Considering the now defunct International Cycling Association was formed in Islington in 1892, you may expect that the governing body in Britain would welcome cycle sport with open arms rather than impose a ban on road racing. But alas, that is exactly what the National Cyclist’s Union had done two years previously. The reaction to this (eventually) was time trialling organised by the Road Race Council: low key, staggered start racing taking place at dawn, without fanfare or race paraphernalia on courses with names meaningless to those not in the know.

The CTT (Cycling Time Trials) organisation has overseen the discipline in England and Wales since 2002 replacing the Road Time Trial Council which dated back to 1937 which, in turn, replaced the Road Racing Council of 1922. Membership is free and it is the method through which you need to sign up and pay for Time Trials.

There wasn’t much that could be described as clandestine about this particular Wednesday evening in July. The car park at the West Hanningfield Village Hall was awash with TT Bikes, disc wheels, aero helmets, and skin suits adorned with lumo yellow race numbers. It was pretty obvious that people were here to race bikes.

After my ten mile warm up from home to the village hall, I could spend my time after sign on gawping at the sleek looking machines warming up on the start/finish straight. N+1 started putting its hand up in the back of my mind at this point, suggesting I should get myself a new bike. Obviously, you don’t need a TT bike to take part, especially when, if like me, you will be competing more against yourself than anyone else. In addition, some open TTs will have categories for road bikes only, so not having the correct equipment is really no excuse. So, shut up head!

I was 9th to go off giving plenty of time for the demon of clipping in to whisper doubt in my ear ensuring it would be at least 20 metres before I got fully settled in once the flag dropped. It wasn’t long after that (in my mind I wasn’t even out of sight of the start line), that the first blur shot past me accompanied by the woosh of a carbon disc wheel. By the time I had turned left, left and left again back towards West Hanningfield, the remaining riders who started after me, were now in front.

On the plus side, those who had started before me didn’t manage to overtake, so at least I hadn’t been lapped. Yes, by the time I had completed my second lap, just over 42 minutes after starting, I was the last to cross the line and my time adjusted for age (VTTA time) was the slowest on the night, but I had now had something to aim for next time.

Due to the ‘Pingdemic’ one week and climate change the next, it would be the 4th August before I got out to another Evening Series Event. In the meantime, I had signed up to the 12 mile Islington CC Time Trial on course F14/12. In English, this route started at Guilden Morden in Bedfordshire and involved getting trains into and out of London and an optimistic commitment to ride back home afterwards.

Again, I was rider nine for this event, and again, it wasn’t long after I started that I was overtaken (at least this time, with a quite bendy start to the course, I was out of sight before this happened). It was shorter than E39 at around 11.7 miles and not quite as hilly. Obviously since the first TT I had discovered the art of making excuses for my slow time, and so the junctions on to main roads would have definitely slowed me down, as would the downpour that greeted me along the uphill, back straight. Oh, and I was running a 12-32 cassette which meant I was having difficulty finding the ‘right’ gear.

But, there was a lot to be pleased with. The difference between my actual time and the VTTA time had dropped by three minutes to 4:50; I achieved a sub 40 minute time; my average speed increased by just over one mile an hour and, I wasn’t last.

The remainder of the season was just about the Evening Series and how to improve. And I did. I set a benchmark of 36:27 on E18/11 on the 4th August and knocked 28 seconds off two weeks later; I knocked off 21 seconds on E39 and I even managed some overtaking myself!

Due to the fading light, the last two weeks’ events were reduced to just one lap each so, although it was difficult to compare my times with previous ones, it did make for a good opportunity to try new positions on the bike. Having seen how terribly un-aero I was from photos from the Islington CC, I bought and installed aero bars and spent the next fortnight getting comfortable on them.

N+1 won out in the end and even before the Islington TT I had bought a Moda TT Frameset at an incredible price. My plan is to finish collecting the components and get it put together before the start of the new season. I even bought a skin suit which I will pluck up the courage to wear next year. 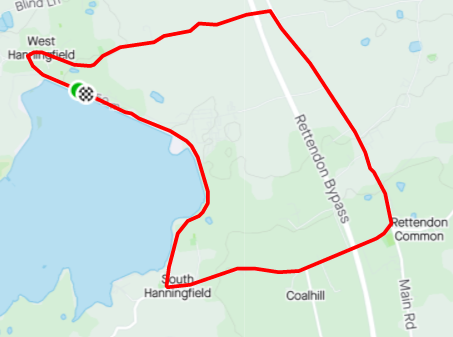 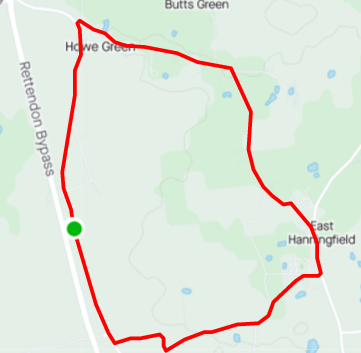 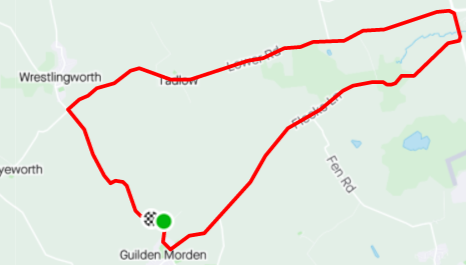